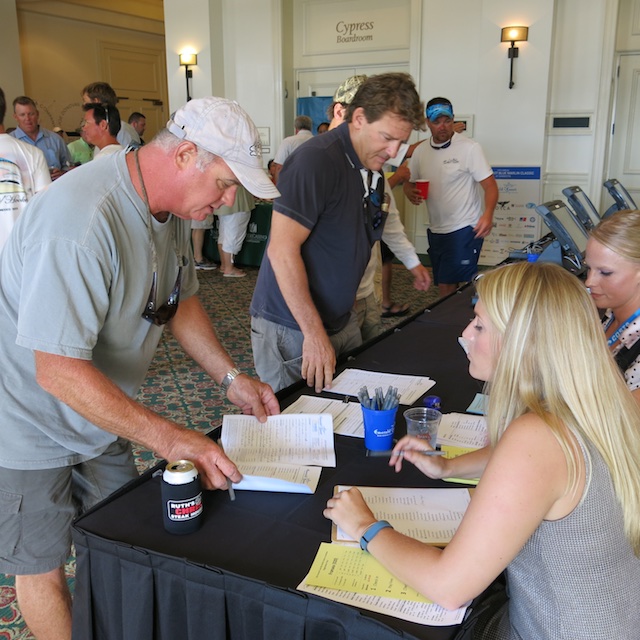 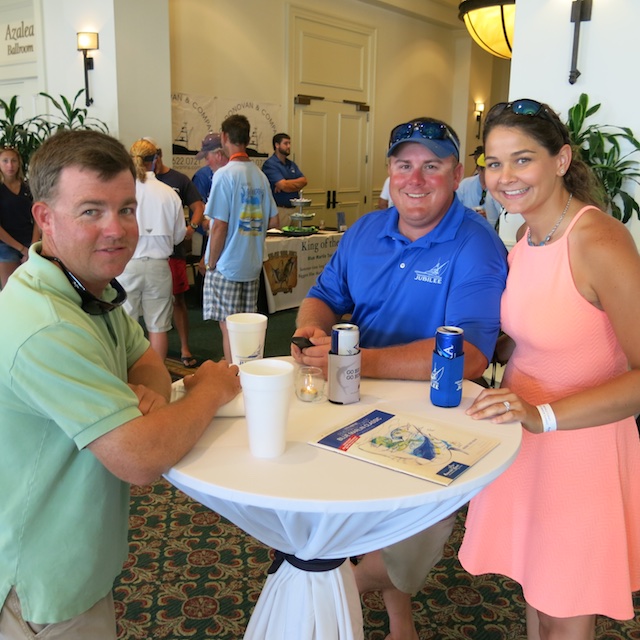 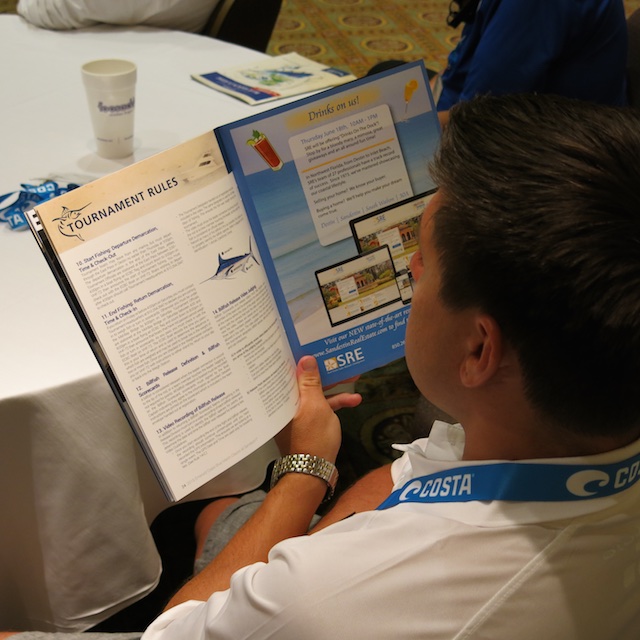 Tropical Storm Bill dumped more rain on soggy Texas, but here in sunny Florida it’s clear skies and big fish on tap, as the 13th annual Emerald Coast Blue Marlin Classic gets underway. At total of 79 boats had signed up to fish with big stakes and spirited competition on the line.

“We’ve had a slow star this year, but as long as Kate [Ferrera] is rolling with us, we’re good,” says Capt. Mike “Whappo” Roberto, the skipper of Reel Fire, a 70 Viking and perennial contender. “Kate [Ferrara] is a great angler and she never hesitates to get in the chair. Her brother prefers to stay in the ‘pit to rig baits and wire the fish.” Roberto hadn’t finalized his strategy as of Wednesday evening.

“I’ll make the final call tomorrow at 9 a.m.,” he explains. “There have been some good fish caught on both sides of the Mississippi River. It’s a coin toss, but I always like to wait because things change every 12 hours. You have to be out there to really know for sure.” Reel Fire will be focusing on blue marlin and yellowfin tuna.

“There’s a lot of money at stake here and stiff competition,” adds Capt. Brad Benton, who runs Aldente, a 70 Viking that homeports at the Baytowne Marina in the Sandestin Golf and Beach Resort seven months of the year. “This is my favorite tournament because it’s my home town and I’ll know a lot of the spectators at the weigh scales. It’s also a challenge, because the best fishermen in the Gulf are all here.”

Benton planned to fish the western side of the river and will mix it up with trolling and live bait.

“That storm should have pushed the blue water in closer. Hopefully it won’t move the fish too much, because we knew where they were a couple of weeks ago,” Benton added.

“Yeah, a few of us have an edge,” he says. “We have professional crews and we have the size and range to run 300 to 350 miles to find the bigger fish. Our boats are built to do what we’re doing.”

Shoults says most of their efforts will be spent live-baiting, although he will pull lures when traveling to different spots to avoid dead time. His favorite lure is a purple and orange Mid-Range Mold Craft with tandem hooks. For live bait, he prefers a six- to eight-pound tuna fish.

Fishing begins Thursday afternoon following the 3 p.m. shotgun start from Destin Pass. The weigh scales open from 4 to 9 p.m. Friday. Fishing continues through Saturday and all boats must be past the Mid-Bay Bridge by 8 p.m. with their qualifying catch. In addition to the blue marlin weight division, smaller billfish also score release points. Tuna, wahoo and dolphin exceeding the minimum weights are eligible as well.

“We’ve been working hard all year in preparation for this year’s ECBC and everything is falling into place,” says Tournament Director Adam Alfonso. “By Saturday night I fully expect to weigh some really big fish and I’ll gladly count out a lot of bills for bills. It’s going to be another one for the record books.”