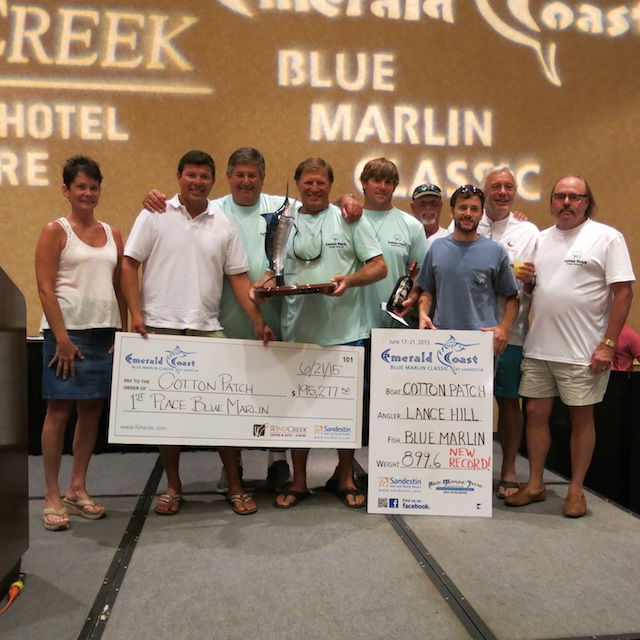 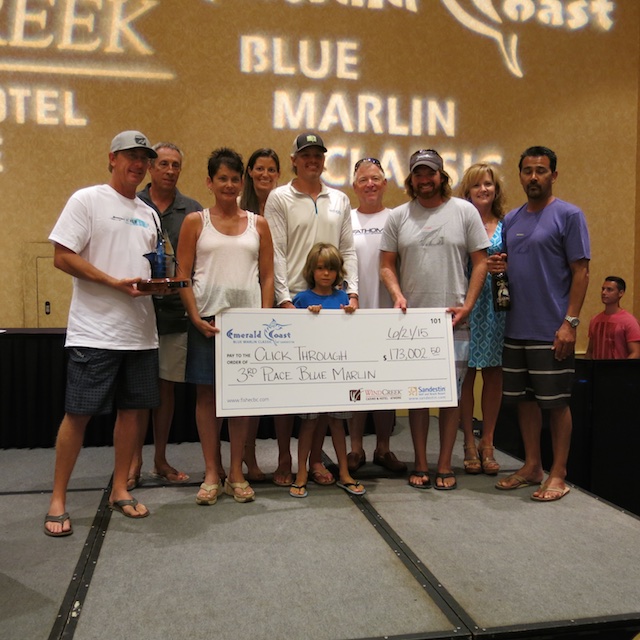 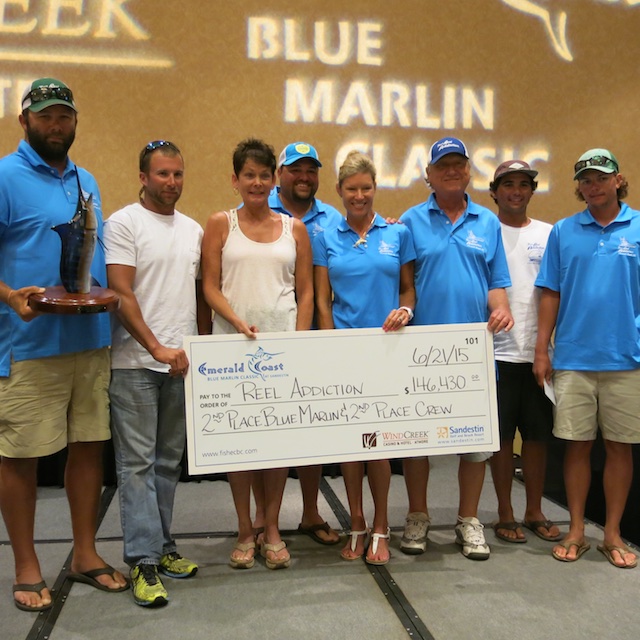 In Southern vernacular, the expression “In High Cotton” is typically used to describe someone who is financially well-off. After pocketing a check for $195,277 for its record-breaking 899.6-pound blue marlin in the 2015 ECBC, Team Cotton Patch certainly won’t be worried about getting evicted from the boat slip anytime soon. But for captain/owner Johnny Dorland, this grand championship win is about much more than dollars and cents.

“I caught my first billfish, a sail, in 1968 when I was 13 years old, out of Orange Beach, Alabama,” Dorland says. “So to come out on top in a tournament of this caliber, competing all summer against guys you respect and to do it with friends and family is very gratifying. Sure the money is nice. But to catch a fish like this one is definitely rewarding. And we’re not stopping. We’re going to keep after it until we catch another one that weighs 101 pounds more. That’s our next goal, to boat a grander.”

Bragging rights aside, prize money was a consideration for the other teams fishing this 13th annual event. A total of $1,586,400 in cash prizes was at stake for the 78 teams entered. And in typical ECBC fashion, that money was paid out to 29 of the teams entered. The grand total was pooled from entry fees and optional cash entries for different divisions, including marlin weight, billfish catch and release, and game fish categories for tuna, dolphin and wahoo.

Owner Keith English, Capt. Matt Mauldwin and the rest of Team Click Through is not going home to Gulf Breeze, Florida, empty-handed. For boating the third-largest blue marlin, a 548-pounder, along with a 150-pound yellowfin tuna, the team won $173,002 in tournament and jackpot money.

Lady angler Laurie Jones, her husband Rocky Jones, Capt. Scooter Porto and the team aboard Reel Addiction is better off thanks to Laurie’s second-place 551.0 blue marlin. Total winnings for crew, jackpot and tourney award came out to $146,430. Reel Addiction also released one blue and weighed a 31.6-pound dolphin during the event.

In the close catch-and-release standings, Pier Pressure, a 50 Viking from Grande Isle, Louisiana, won $86,220 as the top overall release boat. It accrued 1,875 points for three blues, one white and one unidentified billfish release. Capt. Brain T. Lord of New Iberia, Louisiana, is the skipper of Pier Pressure. Capt. Danny Smith and Team Shameless was named the top crew for releasing one blue and two white marlin ($6,300). A total of 43 billfish were caught during the 2015 contest, including 28 blue and 15 white marlin.

Cut-N-Run, a 64 Tribute based in Lake Charles, Louisiana, with Capt. Geoff Collins on the wheel, took second-place release honors for two blues released ($105,030), followed by Pair-A-Dice, a 66 Viking from Destin, Florida, also for two blues based on time. Capt. Gary Smith and his team won $107,527. Born2Run owner Dana Foster and Capt. Myles Colley and their team also released two blue marlin to win $79,627 for jackpots and the third-place crew award.

Only 20 wahoo were tallied this year, with Scott Harris aboard Back Down2 the top winner with a 61.3-pound speedster. Capt. Gary Jarvis guided the team to its $52,086 payout. Capt. Neal Foster and his team aboard Intense caught the second-place wahoo, followed by Sherry Polk aboard Share-E. Other wahoo jackpot winners included Wynsong, Maverick and Sea Wolff.

Known as the richest big-game tournament in the Gulf of Mexico, next year’s Emerald Coast Blue Marlin Classic is scheduled for June 22-26, 2016.