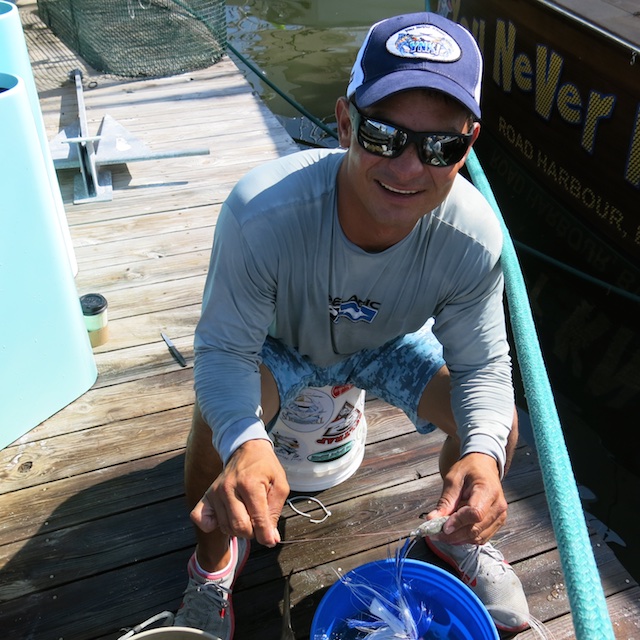 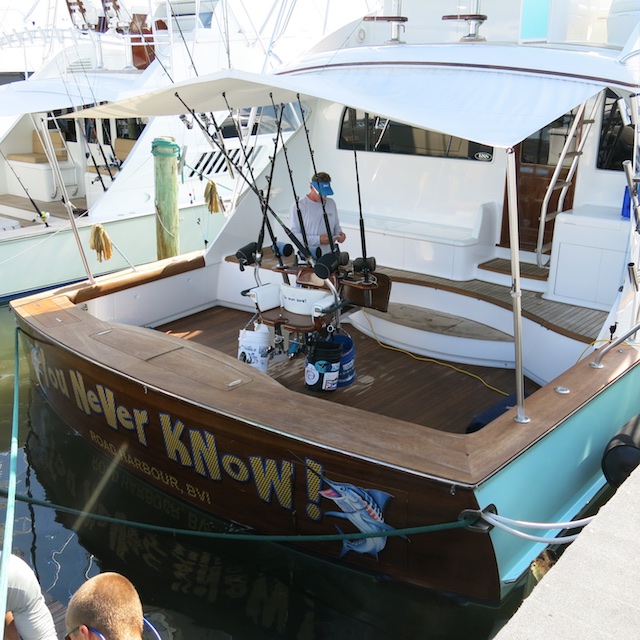 Dark-tanned skin. Rough, calloused hands. Raccoon eyes. All are telltale signs. Line up any big-game fishing team at the weigh scales with a trophy fish and you can immediately spot the mate. He’ll be the one off to the side, always in a complementary role. But even team sports have standout players and in this arena, the mate is an unheralded All Star. He’s also the hardest-working member of the crew.

“I’ve been happily together with Joey since 2008,” explains Stan Blackman of Destin, the first mate aboard You Never Know!. Capt. Joey Birbeck is the skipper of the 72 F&S that stays at the Baytowne Marina for most of the year. “It’s like we’re married,” Blackman adds. “We live within 72 feet of each other for seven months at a time. We’re together so much our girlfriends get jealous.” The boat has fished every ECBC tournament for the last 13 years.

As mate, Blackman is in charge of the cockpit and that’s not an easy assignment. Long before the boat ever leaves the dock, he’s hard at work. He checks every custom rod and reel combo and sets the reel drags. He rigs more than two dozen natural baits and sharpens all the hooks. He double-checks the crimps on the leaders and organizes tools, terminal tackle and gaffs. Once the boat is finally underway, he’ll get a brief respite before fishing begins in earnest.

Before dawn Blackman will be jigging for live bait. At daylight, with the tuna tubes full, You Never Know! will soak “whatever wiggles until we can’t stand it anymore and then we’ll start trolling.” Both tactics have their challenges.

“Every boat has the same chances, so you have to capitalize and be ready when those opportunities come up,” he explains. Natural baits may last three hours before they need to be replaced or they may wash out in 30 minutes. Spinning, whirlybird live baits don’t look natural, so Blackman has to bridle another and put it out. Lures fouled with floating grass, mystery strikes and cut-offs all require extra attention. Forty winks are few and far between.

“These tournaments should go after a caffeine sponsor because on every one of the boats the mates are pounding down the espresso, Red Bull and Monster energy drinks,” Blackman says with a laugh. He’s lucky to get a few hours of sleep each night. But the rewards are worth it.

The biggest fish Blackman has wired so far was a 756-pound blue marlin caught in 2013 at the Memorial Day tournament in Alabama. Earlier this month, a 517-pound blue was wrestled into the cockpit during the Mississippi Gulf Coast Billfish Classic. Blackman remembers the ones that got away too.

“In other sports you forget about losses. Fishing is different. If you don’t learn from your mistakes, you won’t be successful. Stuff happens out there. But how you respond to those adversities is what sets you apart from other teams.”

Despite the long hours, demanding conditions, heavy workload and lack of sleep, Blackman plans to mate “until I can’t walk.” He enjoys fishing with the Turner family members that own the boat, plus the competition of tournaments, yet he still keeps everything in perspective.

“My primary job is making sure everyone is having a good time,” he says. “If the mojo ain’t right, nobody is having any fun.”