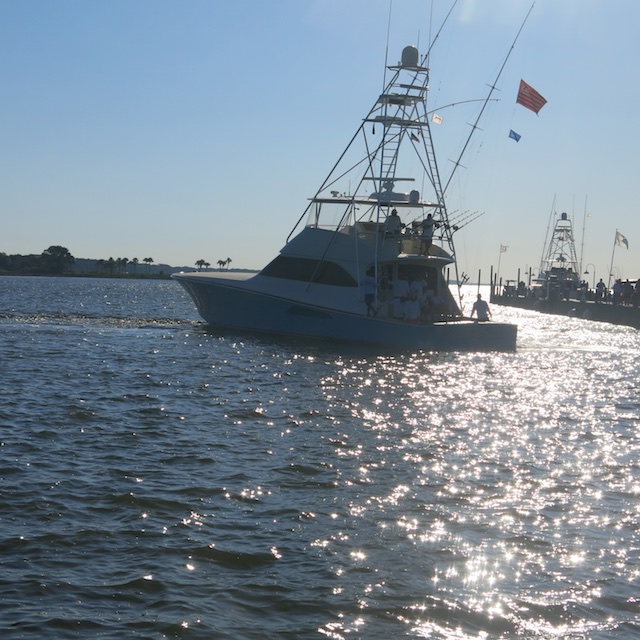 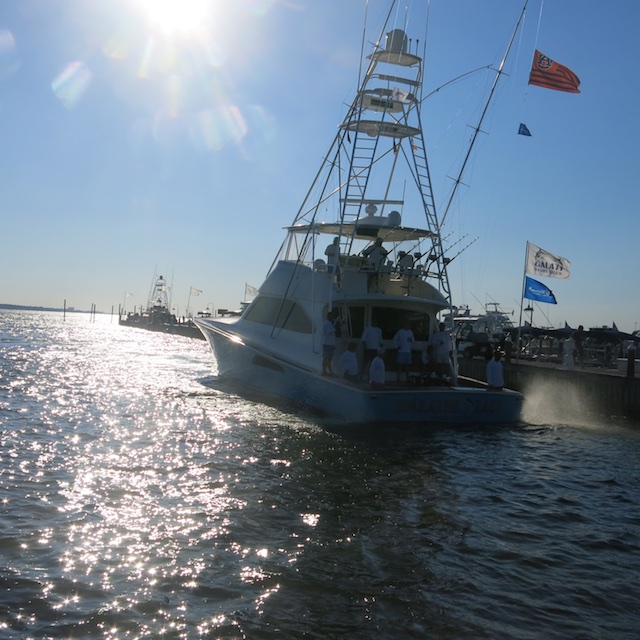 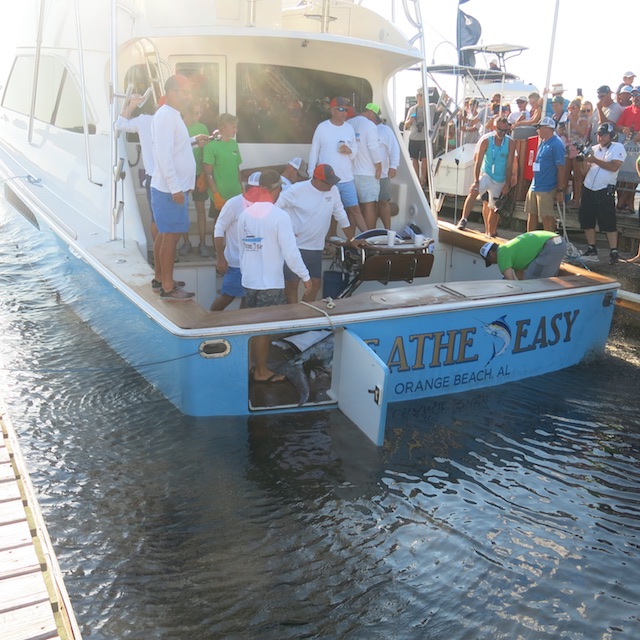 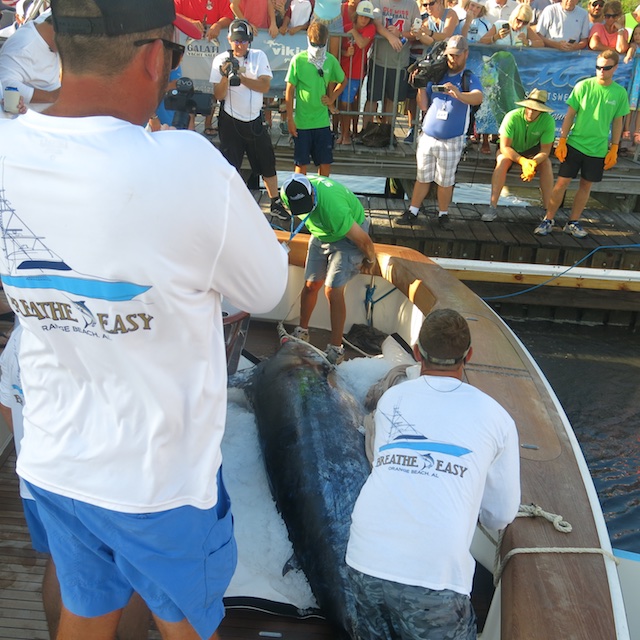 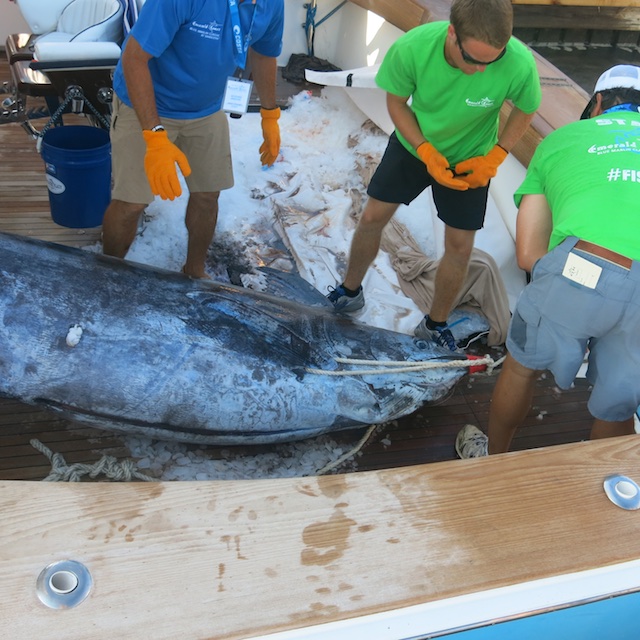 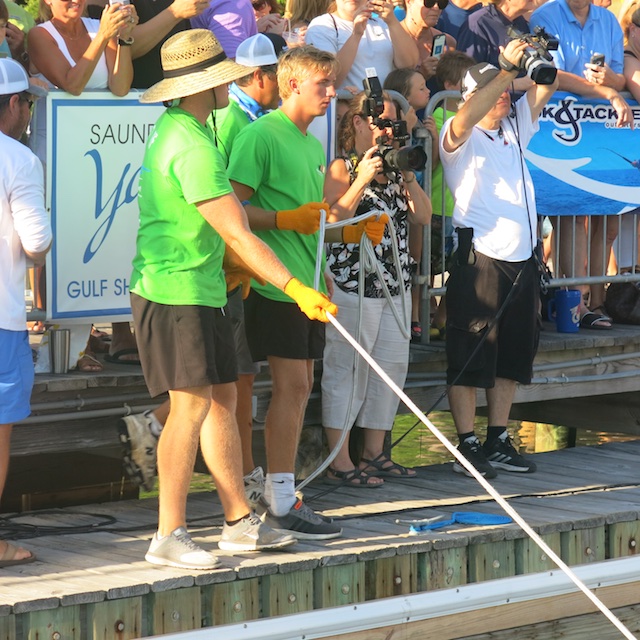 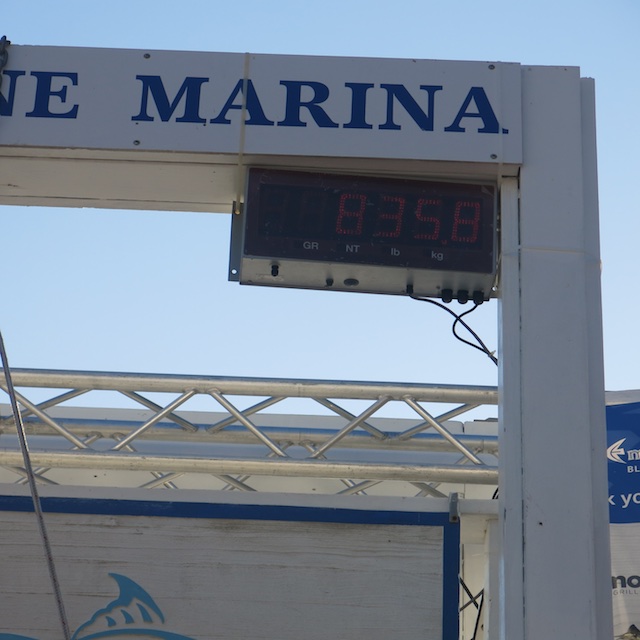 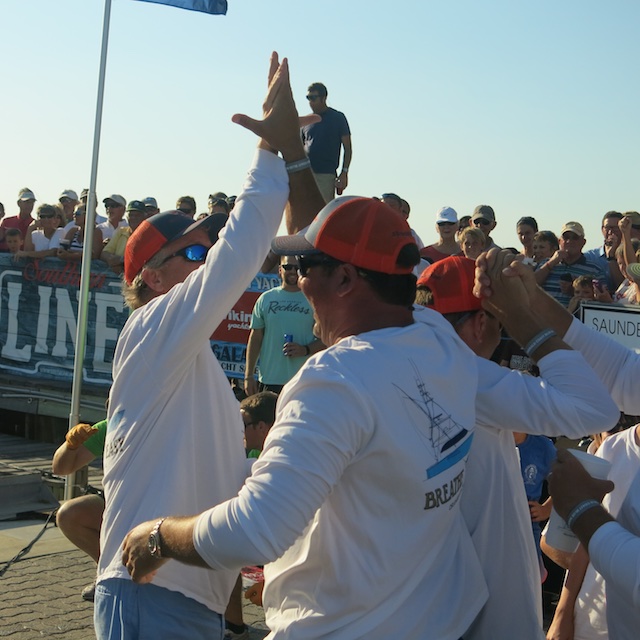 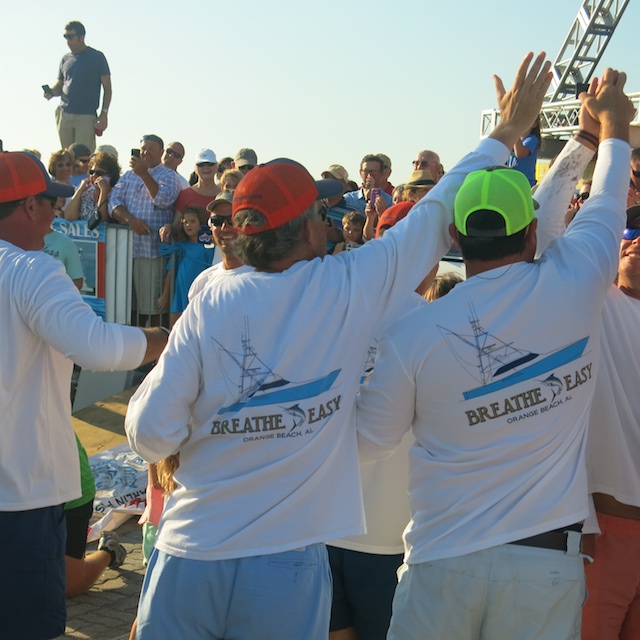 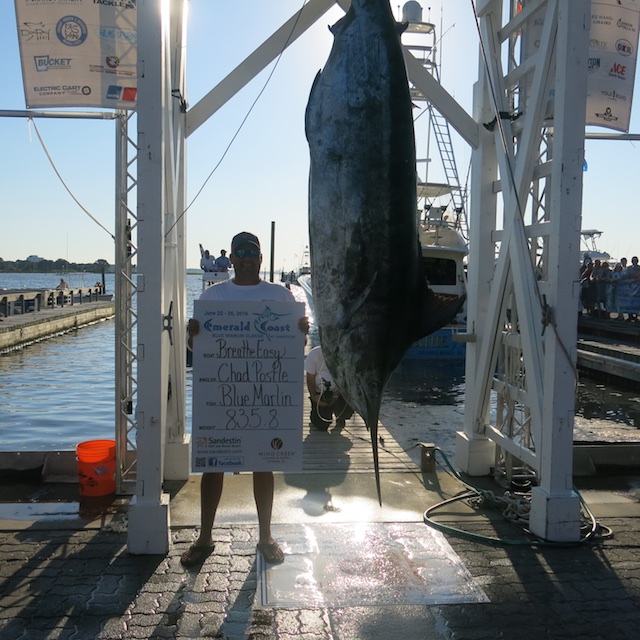 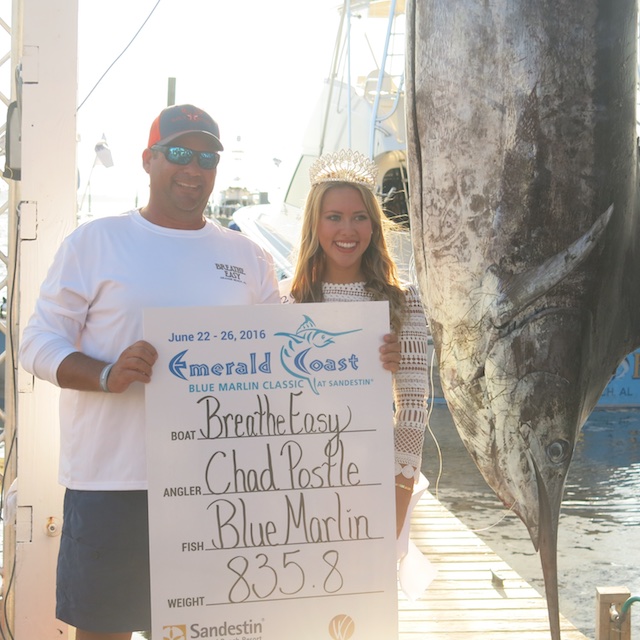 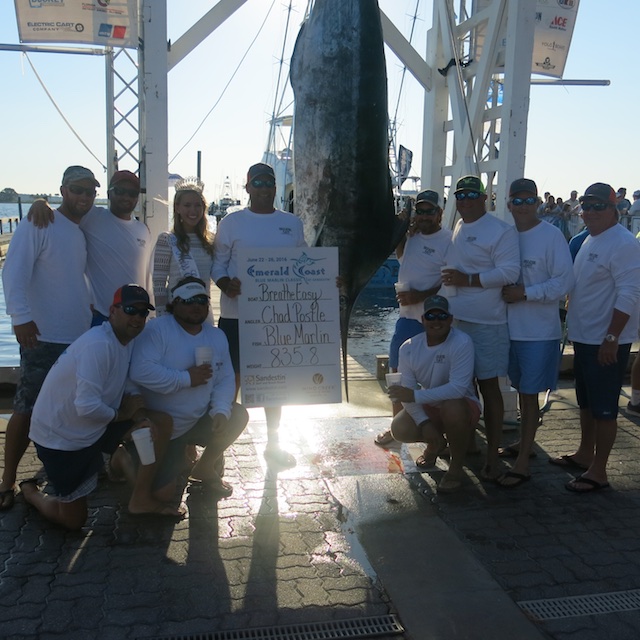 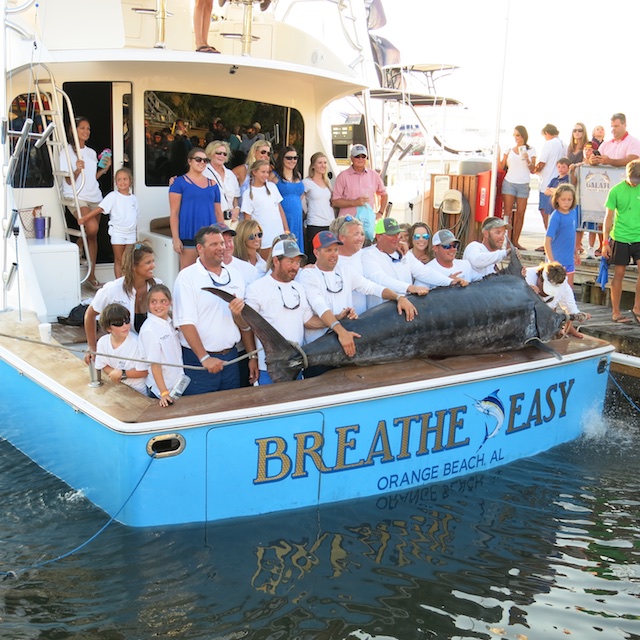 Facing a nearly 200-mile run across open water with a precious cargo leaves a lot of time for what-ifs, especially with hundreds of thousands of dollars at stake. But the crew of the Breathe Easy, a 68 Viking based in Orange Beach, Alabama, is living up to its namesake after scaling an 835.8-pound blue marlin Friday night. That fish vaulted the team solidly into first place with one day of competition remaining. Chad Postle of Daphne, Alabama, was on the rod for the two-hour fight.

“We were taking hour-long shifts in the chair and it was my turn with eight minutes remaining when that fish hit about 6:25 a.m.,“ Postle explained after the weight was announced, followed by a thunderous roar from the crowd of spectators gathered at the Baytowne Marina. “The fight was pretty easy and everything went smooth. The crew did a fantastic job and they’ve been on point all weekend.” The catch was Postle’s first boated marlin, so he did the customary swim in the weigh station slip afterwards.

Breathe Easy has been scalding hot all season on the highly competitive Gulf big-game circuit. The ECBC fish represents the fourth winning marlin for the team, which is entered across the board in all optional jackpot categories. After weighing their catch, they decided to remain at the dock to celebrate and await tomorrow’s results rather than run back offshore.

“It’s been a helluva ride,” said Capt. Patrick Ivie, Breathe Easy’s skipper. “Just when you don’t think it can happen again, it does.” The boat was working a big upwelling west of the Mississippi River when a marlin was hooked at 5:30 a.m. only to be lost. Less than an hour later, the 835 ate a live blackfin tuna and the fight on 130-pound-test line was on. Matt McDonald is the owner of the boat.

“When she first tried to jump we knew she was a keeper,” Ivie said. “We were fishing really light leader, so we stayed on top of her and kept her really close. When she rolled that first time I knew we had a shot. We got her right up to the boat and she rolled one last time. She was whipped. We probably didn’t even need to gaff her.

“I’ve got a great crew and I wouldn’t trade ‘em for the world,” Ivie added. “This was a team effort and we’ve got really good communications going right now. Everybody does their job, but we’re also very lucky.”

Fishing continues through tomorrow afternoon in the 2016 Emerald Coast Blue Marlin Classic. Boats must be under the Destin Pass bridge by 6 p.m. in order to qualify. There’s still plenty of time for more drama and excitement with big tuna, wahoo and dolphin expected in. Another marlin might make an appearance as well. But rest assured, one particular boat is now breathing a long, well-deserved, sigh of relief.