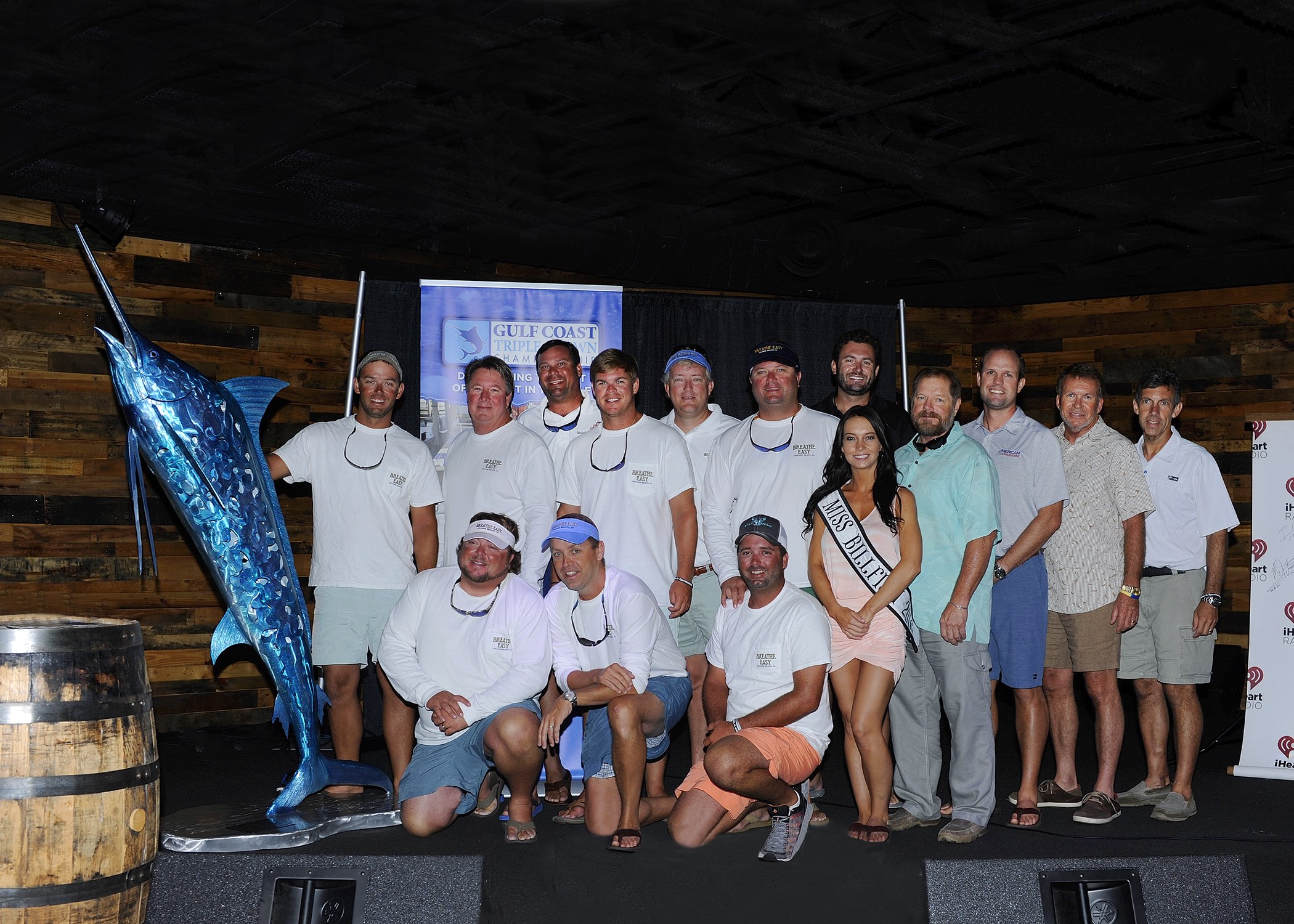 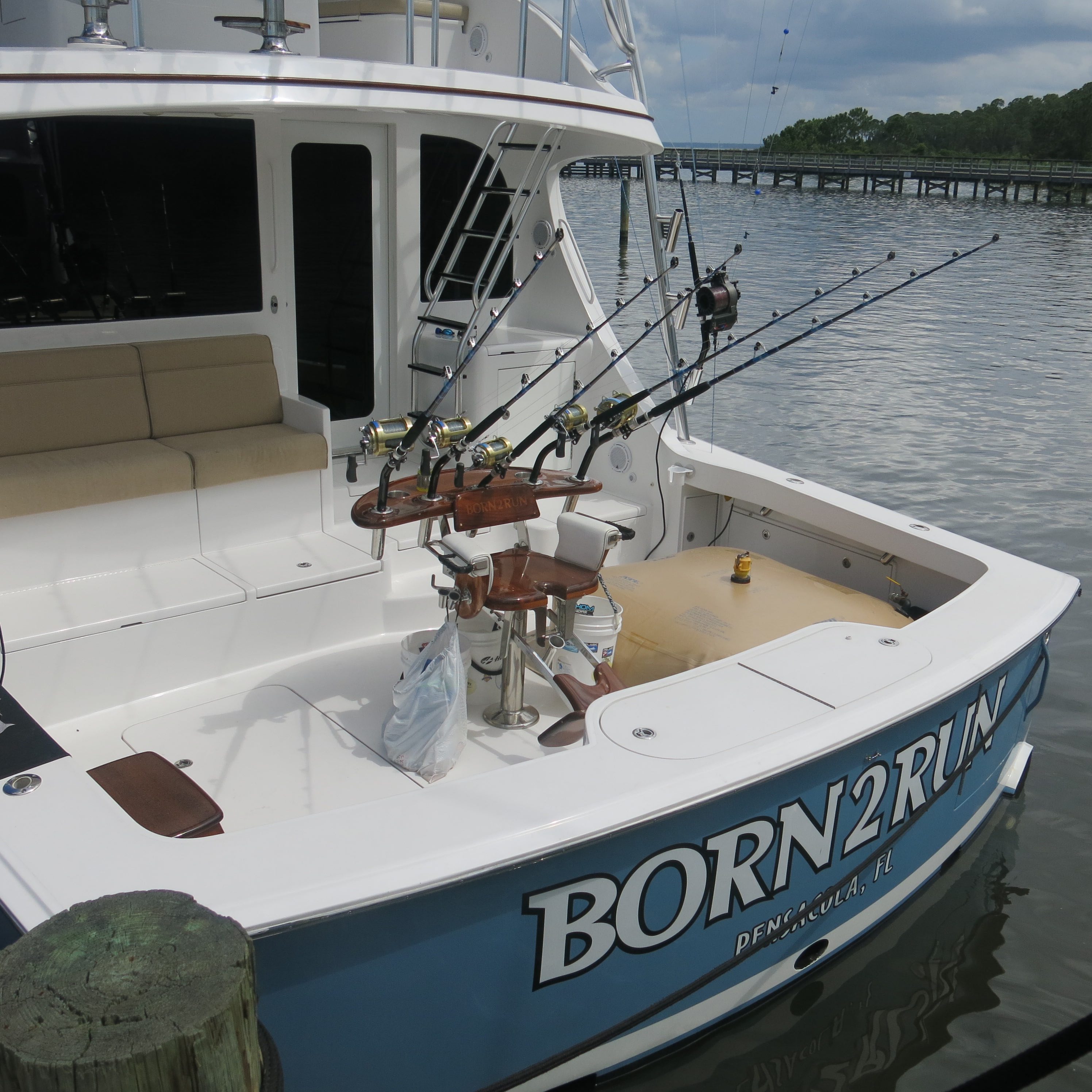 There is no shortage of incentives to compete in the Emerald Coast Blue Marlin Classic. Besides offering the top overall prize money on the Gulf circuit ($1.95 million in 2016) and enviable bragging rights, teams also have the chance to earn points and prize money in four other associated contests. The Gulf Coast Triple Crown Championship, InTheBite Captain of the Year Cup, King of the Hill Tournament Series and the Offshore World Championship are all affiliated with the ECBC and offer more ways for the participants to win. Here’s how they work…

The Triple Crown is scored on a hybrid system that includes both weight and release points for the top three finishes in the blue marlin divisions only in the five participating events. Series participation, weighed marlin lengths and tournament marlin records also earn bonus points. The overall winning team receives The Championship Trophy, a seven-foot tall, one of a kind masterpiece handcrafted by metal artist Frank Ledbetter that is valued at $18,000.

The ECBC is a Triple Crown qualifying event. With their 835.8-pound blue, owner Matt McDonald, angler Chad Postle, Capt. Patrick Ivey and the team aboard Breathe Easy earned second-place honors in this year’s tournament and those points helped cement their lead and eventual win as the 2016 Triple Crown Champions. But that’s not all. Top finishes lead to other opportunities as well.

The Offshore World Championship is an international tournament with winning teams from around the world invited to participate. It will be held in Quepos, Costa Rica, in April 2017. The billfish-release scoring and tournament-supplied boats offers a unique format and levels the playing field. Dana Foster, Capt. Myles Colley and the Born 2 Run Team, the ECBC top release boat this year, received the special invitation after releasing four blue marlin.

“It’s a great honor and awesome to have been invited,” Colley says. “I’ve fished it in the past when it was held in Cabo and it’s a top of the line event. It’s also a great chance to learn different styles of fishing from the other teams. Unfortunately, due to scheduling conflicts, we won’t be able to participate next spring.”

ECBC teams are also eligible to enter the King of the Hill Tournament Series in the Gulf Division, a winner-take-all format. Points are accrued based on blue marlin finishes in participating events and the top boat in the May to September timeframe goes home with extra prize money.

Finally, InTheBite Magazine sponsors the Captain of the Year Cup to recognize the top professional captains each season on the Gulf, Atlantic, Florida Contender, Hawaii and International circuits. Points are scored based on top three standings, heaviest marlin and overall championship wins. The top skipper in each division earns the respect and honor from the magazine and their peers.

So as you start making plans to compete in the 15th annual ECBC June 21-25, 2017, don’t overlook these other opportunities to win. They very well could earn some shiny hardware and more jingle in your pocket.