Tourism is the life blood of the Emerald Coast. Sugar sand beaches, championship golf and tennis, fine dining and a variety of festivals and special events are part of the appeal. Combine those amenities with outstanding fishing and it’s no wonder the region is one of the most popular vacation destinations in the Southeast. And now, thanks to a portion of those tourism tax dollars, offshore angling has a new, exciting wrinkle.

In August a set of four fish-aggregating devices or FADs were deployed in the Gulf of Mexico 60 to 80 miles from Destin’s East Pass. The depths range from 1,610 to 1,830 feet. Four more devices are scheduled for sinking by the end of November in deeper water. FADs are deployed to help establish a food chain in areas that are devoid of structure otherwise. Small bait gathers around the devices for sanctuary and it doesn’t take long for larger game fish to move in.

The Northwest Florida Tourism Council helped with the initial study and Destin-Fort Walton Beach funded and executed the FAD network. Advance studies estimate the network will support 368 jobs and generate $56 million in economic impact over a seven-year period. Alex Fogg, the coastal resource manager for Fort Walton Beach and Destin, is in charge of the program. 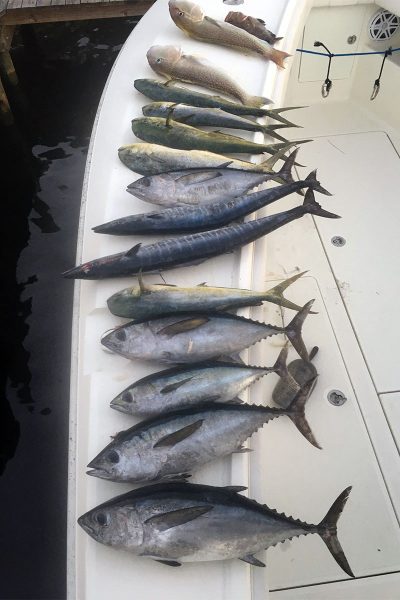 “The first four FADs are made from fiberglass and epoxy, copied from a design that has been used in Japan for years,” Fogg explains. “They’ve survived seven hurricanes so far so they’re obviously durable. The next four will be generic steel buoy types as part of a pilot program to test the designs. Future replacements will then use the most effective one.” The initial four are tethered to 36,000-pound concrete anchors with heavy-duty rope and recycled truck tires for shock snubbers.

“I’ve dove the top 50 feet on the first set and it’s amazing the amount of life already gathered around them,” Fogg adds. “They’ve attracted every kind of pelagic game fish, from mahi and tripletail to black and yellowfin tuna to blue marlin. The FADs are already fulfilling their intended purpose.”

In early September, John Dean and Mike Lance of Pensacola ran out to the FADs in Dean’s 33 Invincible center console. On FAD #6 Lance hooked a blue marlin on light tackle. The marlin became tail-wrapped and died, so it was boated. It weighed 310 pounds and had a baby swordfish in its stomach.

Capt. Brad Benton and the guests on Aldente, a 76 Viking owned by celebrity chef Emeril Lagasse, were headed to the Double Nipple when they checked out one of the FADs earlier this fall.

“We stopped to make bait and there was a plethora out there,” Benton says. “Skipjacks, blackfin tuna, hardtails; we didn’t have any trouble loading the live wells.”

Fort Walton Beach resident John Dunphy and his crew on Over the Edge, a 370Z SeaVee, overnighted near the Spur in September and arrived at FAD #2 at first light.

“We caught mahi and wahoo up to about 12 pounds,” Dunphy says. “There were tripletail around too, but we couldn’t get them to eat anything. We did catch a small blackfin tuna and live-baited for marlin about 90 minutes before a shark ate it. By 9:30, there were a half dozen boats around the FAD—on a Thursday.”

With six more months to establish bait concentrations before tournament time, these fin magnets are guaranteed to be a very popular attraction for blue-water enthusiasts. 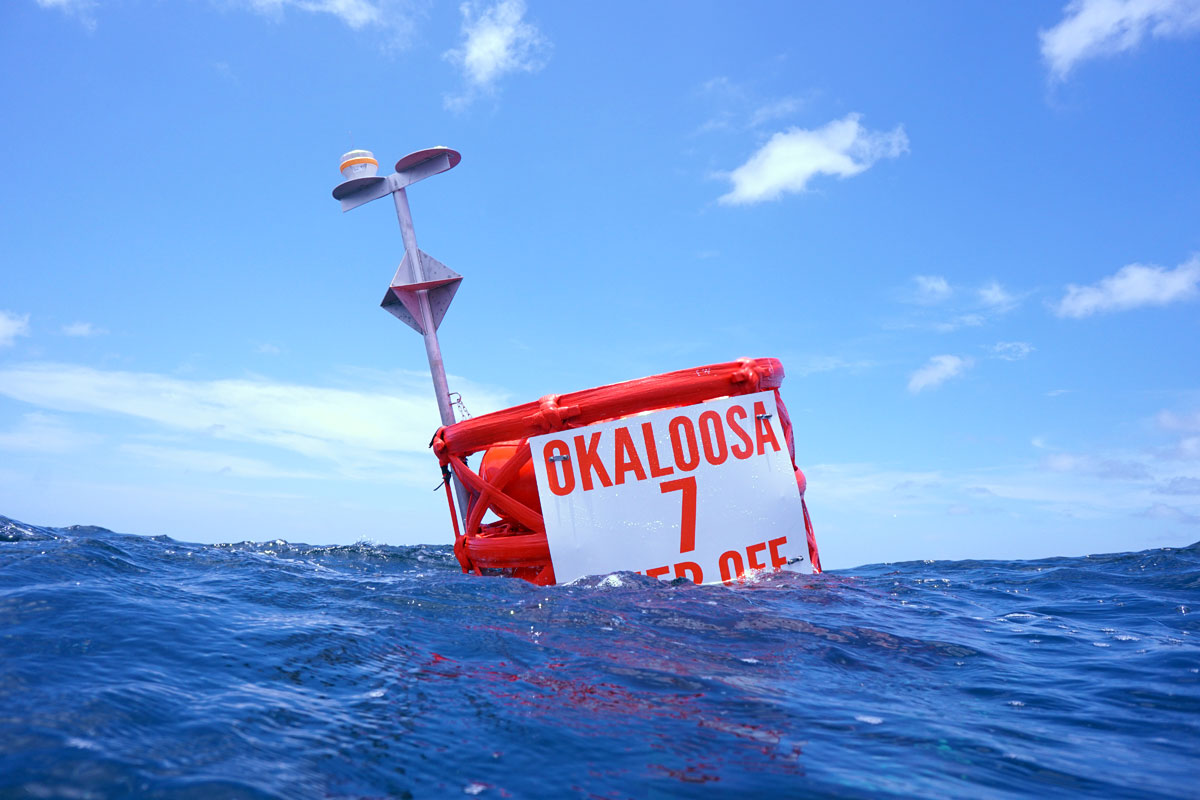 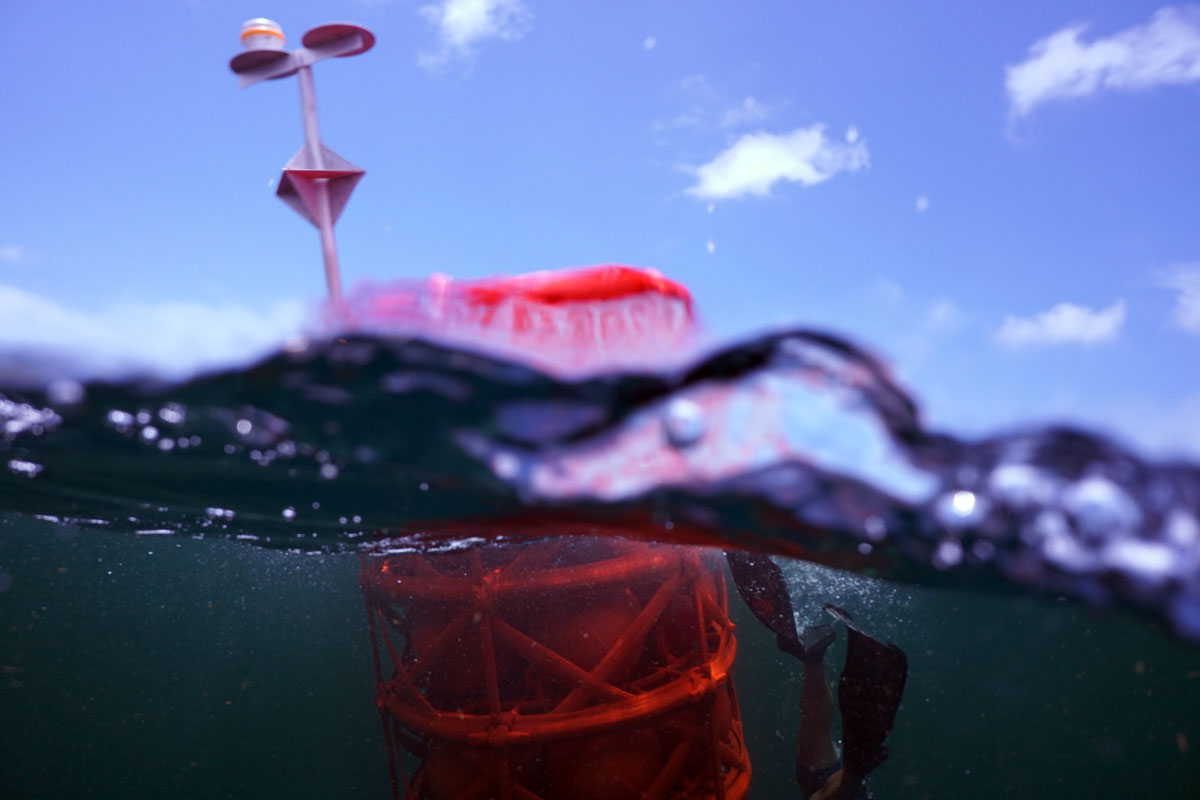 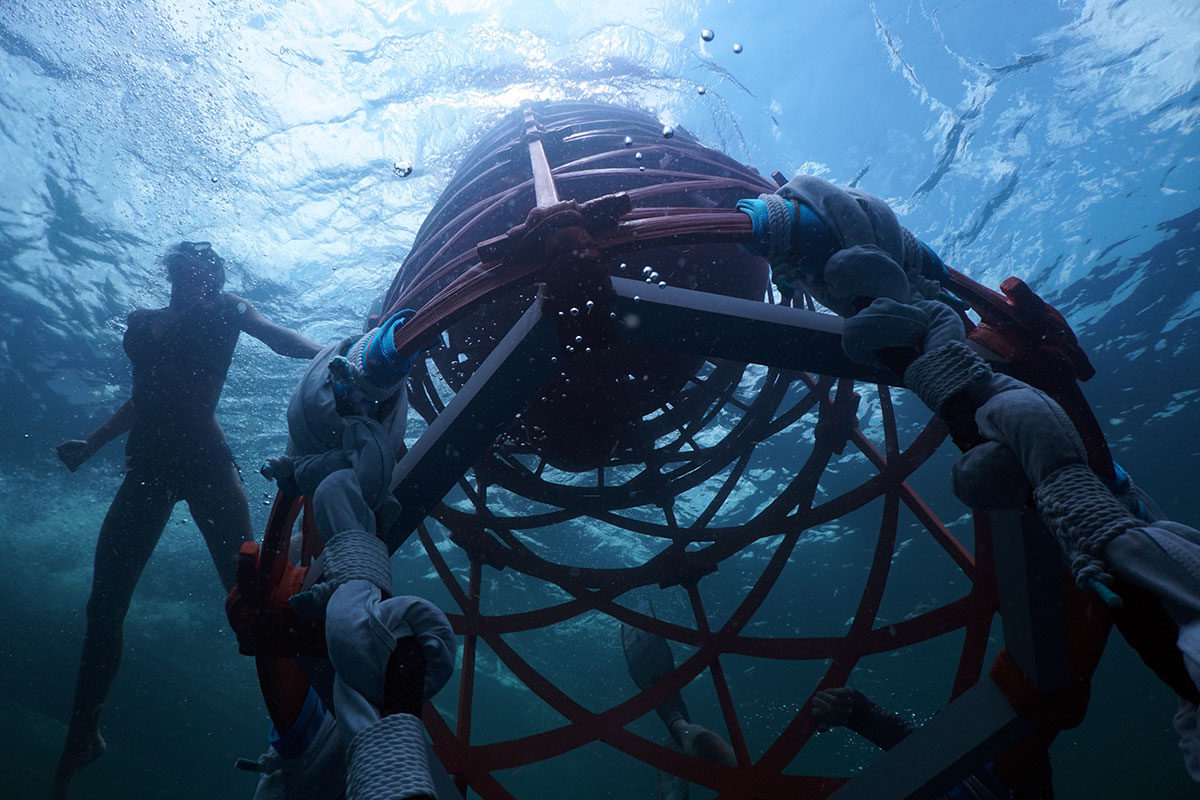 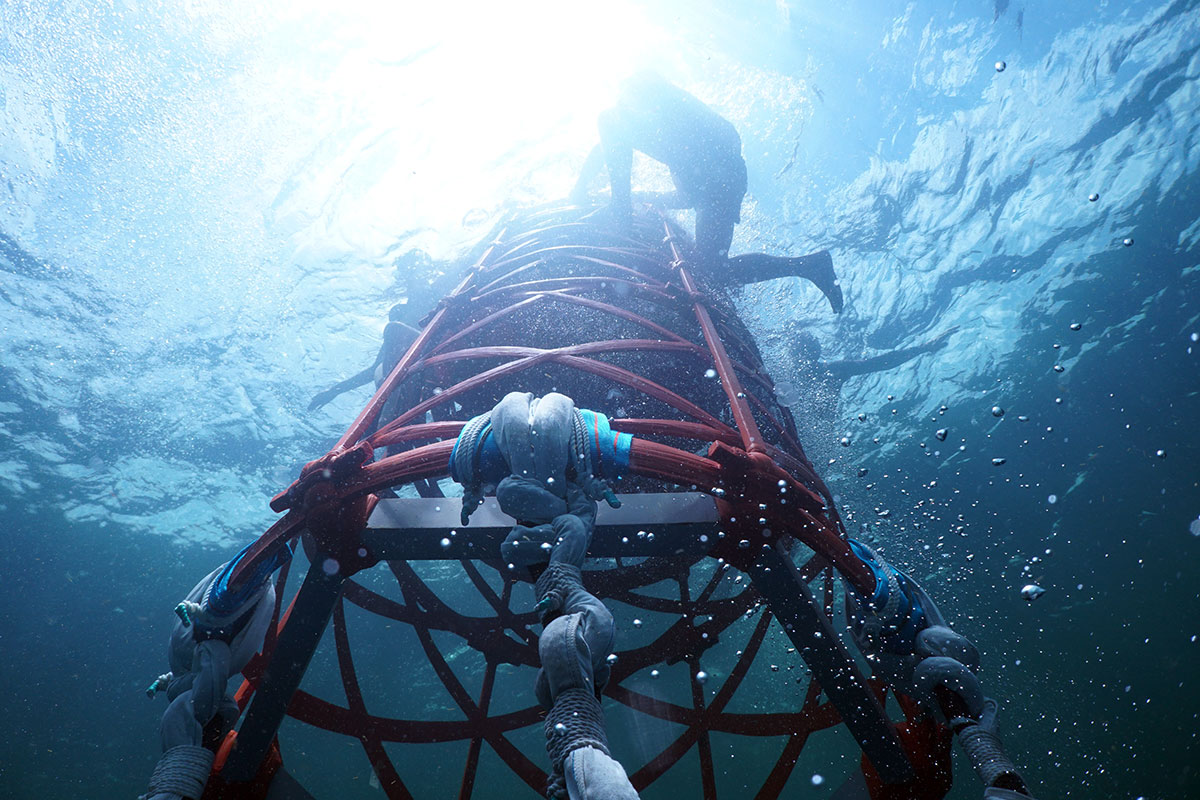 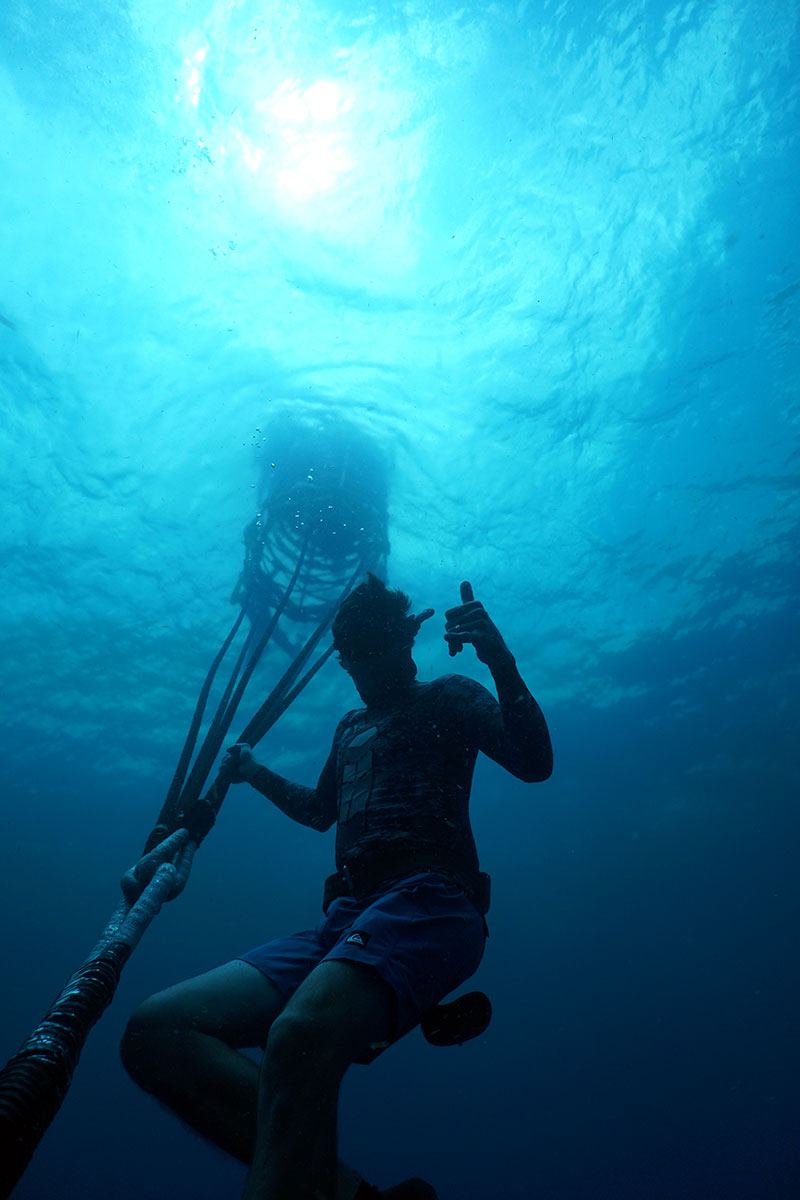 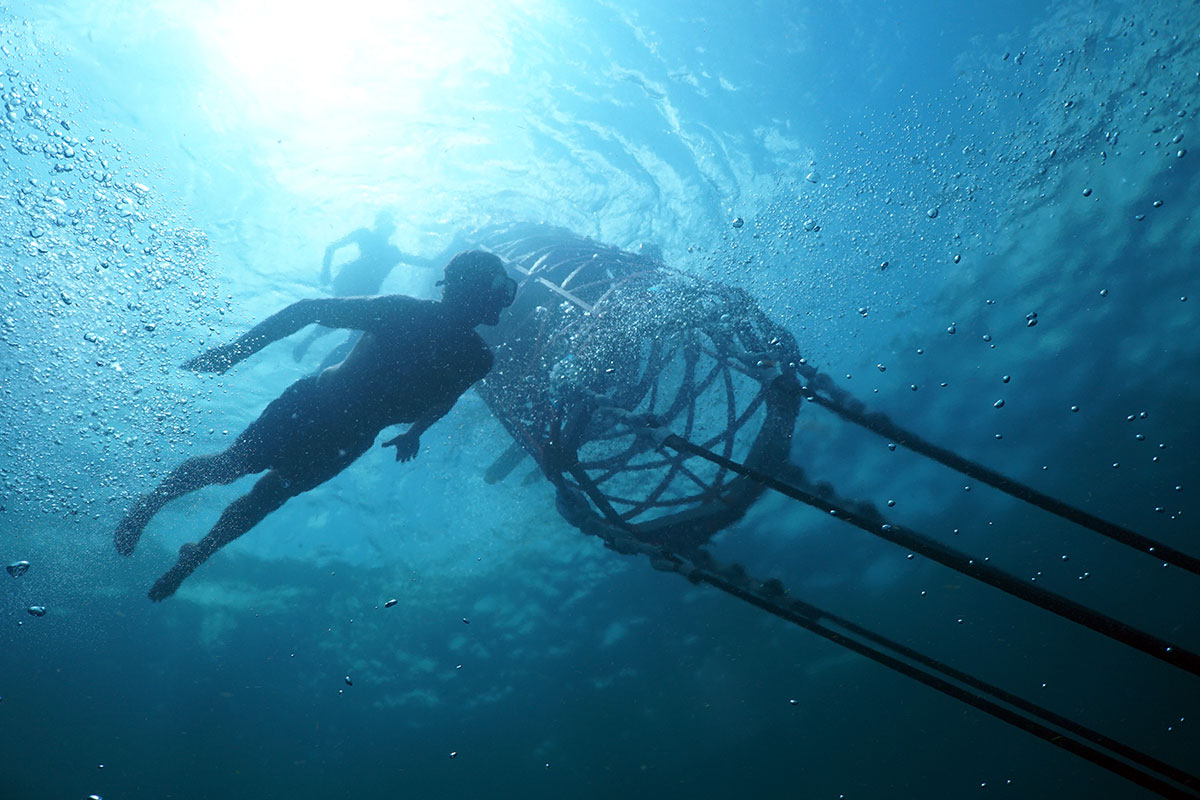