In the high stakes game of competitive billfishing, it’s often the little things that mean the difference between a six-figure payout and a boat ride. That’s especially true with the weight of boated fish. Even an ounce of body fluid could tip the scales, as it has in several previous ECBC contests. So crews pay careful attention to the handling and storage of their catch to ensure the max weight possible. What does that entail? We asked two seasoned skippers to share some of their techniques.

“You asked, so I’ll tell you,” laughs Capt. John Ramsey, skipper of Buggywasher, a 74 Viking based in Orange Beach, Alabama.”We plug the gaff holes with tampons to keep the fish from bleeding. We also don’t let the fish flop around and immediately put it in a bag or fish box and keep ice packed around it. The boat has two 800-pound Eskimo ice makers on board, so we make our own ice. We also have chiller plates inside the fish boxes to keep them cold so the ice lasts longer.”

Ramsey adds just a little bit of sea water to the ice to make a chilled slurry. But diaphragm pumps in the boxes allow frequent drainage so more ice can be added.

“Plenty of ice is important,” he says. “Plus not letting the fish move around when you get it aboard. Otherwise it loses weight and color, which doesn’t make the best show at the scales.”

Capt. Neal Foster and his crew specialize in long-distance runs for wahoo and tuna in an open center console. For the 2021 season he’ll be running a 44 Contender with quad 425 Yamaha outboards, named Intense. The team often covers more than 1,000 miles during a tournament.

“On our last marina stop before heading offshore, we fuel up and have 800 to 1,000 pounds of crushed ice blown into the insulated fish boxes in the deck,” Foster explains. “When we catch a wahoo or tuna, we gaff ‘em and plug the hole with paper towels so they don’t bleed. They come right over the side and into bags with ice and then into the boxes with more ice. We don’t drag the fish around, flopping in the cockpit. Because every ounce of blood could be money.” 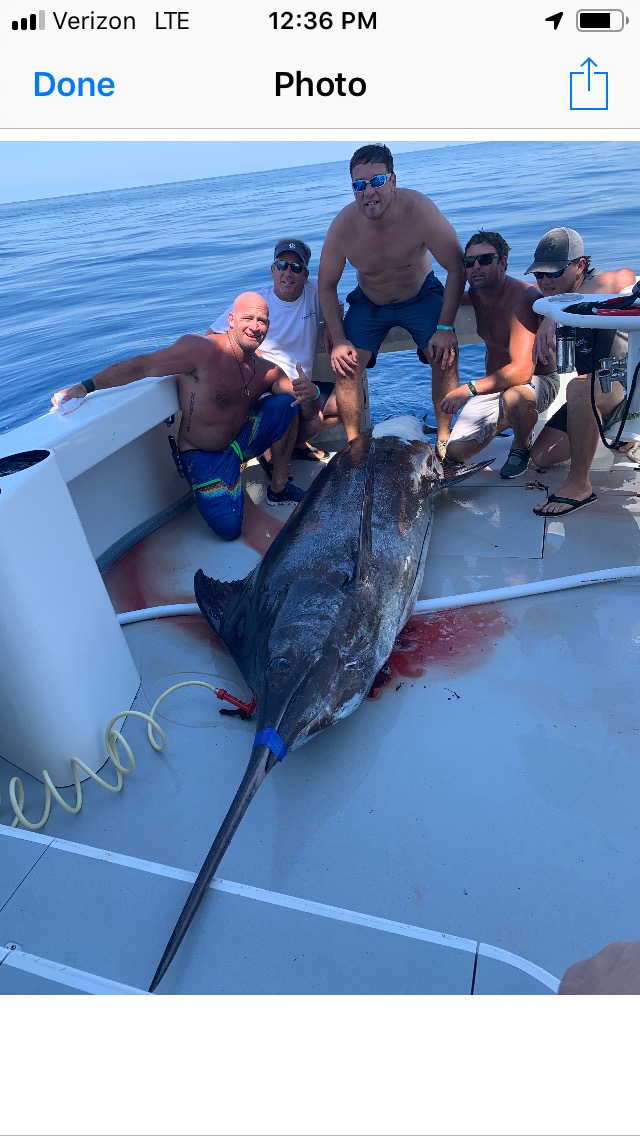 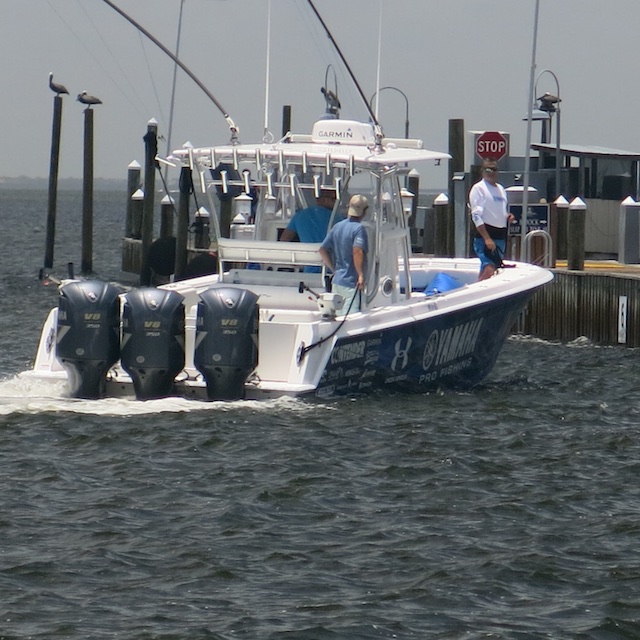 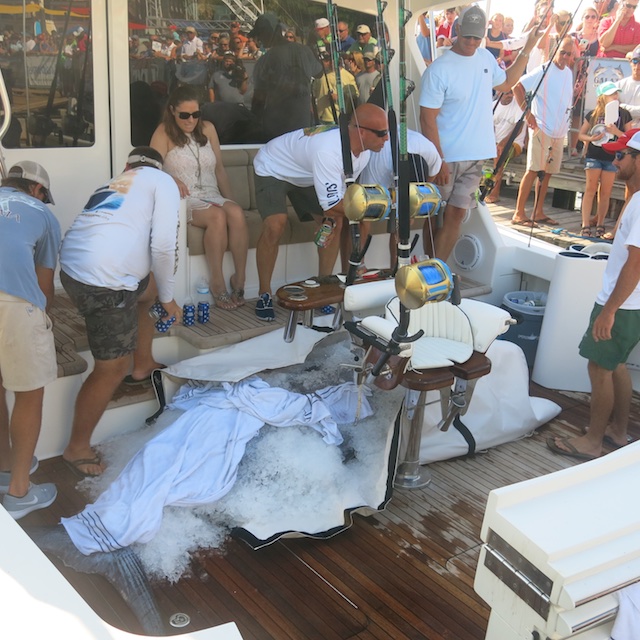 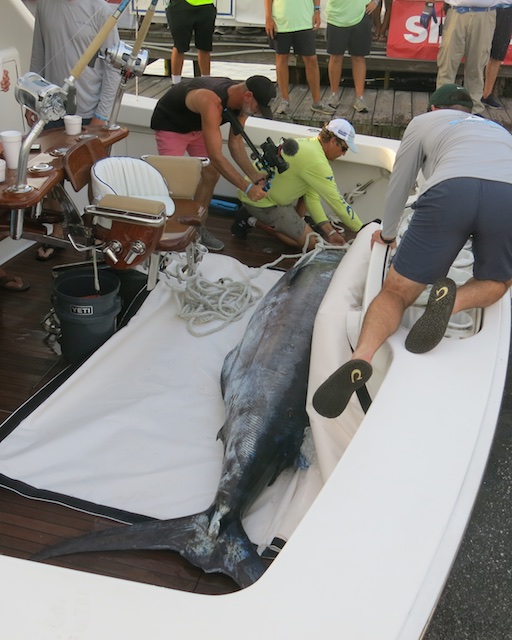 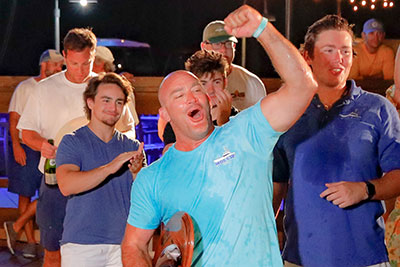 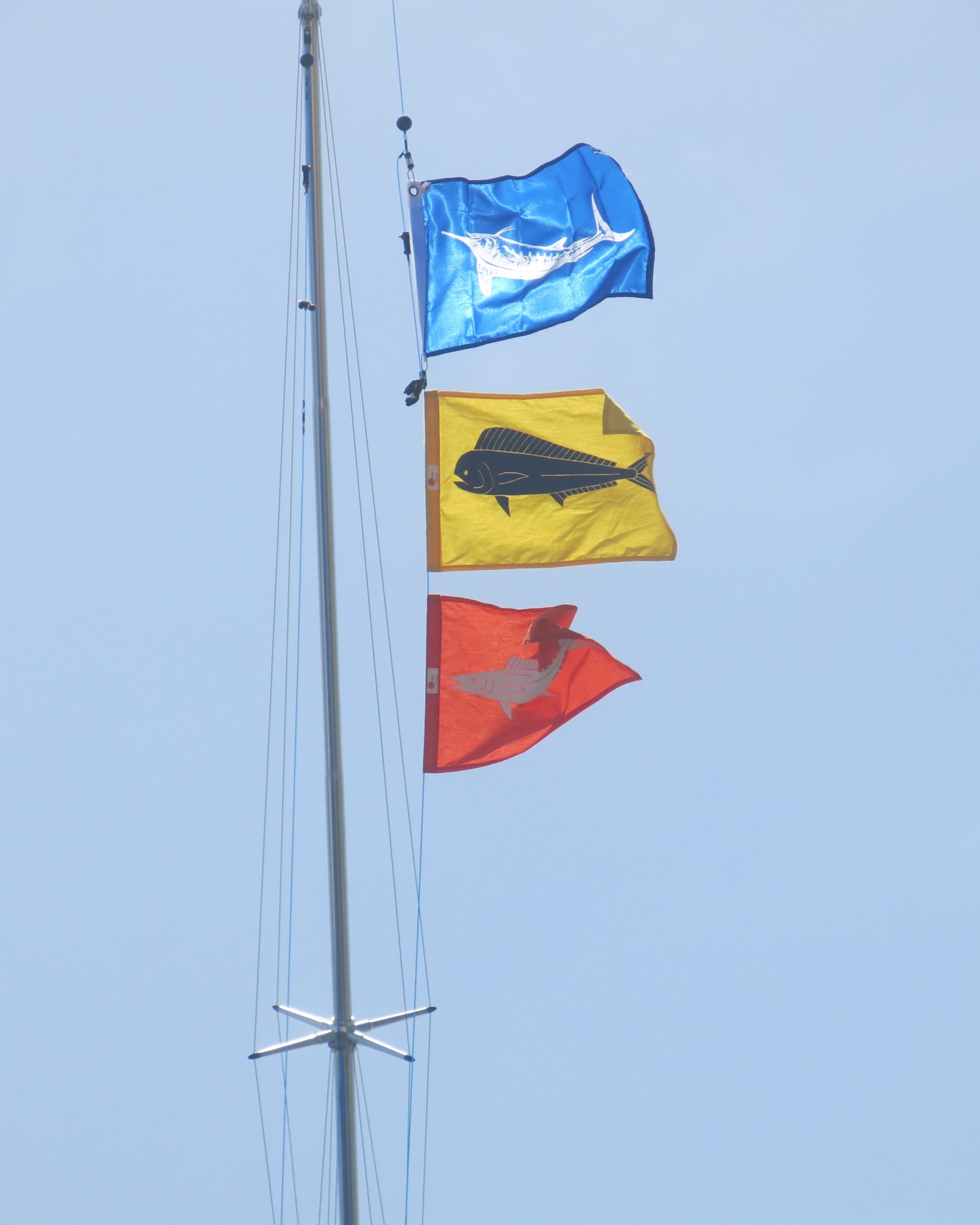 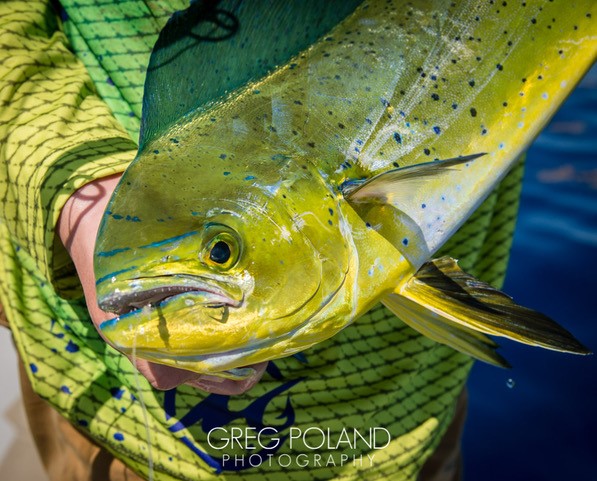