Dana and Lisa Foster, a retired couple from Pensacola who love big-game fishing, were running their 52 Cabo Express by themselves when they decided to move up to a 63 Hatteras. Dana was discussing the potential advantages of hiring a professional crew with a friend and Myles Colley’s name came up. Colley had two extended tenures with other boats and was looking for another opportunity when the last owner passed away unexpectedly.

“I sat down and interviewed Myles for a couple hours,” Foster recalls. “Going from the 52 to the 63 was a big step up. He knew a lot more about boats than I did, plus from my background sources I realized he was very competitive, did things the right way and was a team player. He was good at holding relationships and understanding the needs of owners. Communication is very important to Lisa and I, so I went home and waited overnight before offering him the job.

“We thought it was going to be a short-term thing, but we’ve learned by adopting the owner/crew model. Having a professional captain has added a tremendous amount of expertise to our program. Now he worries about all the details like fluids, which marina we’ll stay at, how we’re doing and we just go fishing. Since the Hatteras we’ve owned a 72 Viking Open Bridge and took delivery of our 72 Viking Closed Bridge in August 2019.”

Hiring a full-time mate was a joint process. Foster and Colley knew Tyler Maxwell and Colley had fished with him before the two men conducted an interview. Foster explained expectations and the job requirements. Maxwell is also a licensed captain. When not fishing, the two crew members have different areas of responsibility.

“Myles is responsible for the bridge and engine room while Tyler maintains the boat’s appearance,” Foster explains. “But they help each other out as needed. Tyler is trying to learn all he can to gain experience. It really is a big advantage having two licensed captains on board.

“My hat is off to someone who runs one of these boats full-time,” Foster adds. “It’s very demanding with all the complexities. Myles says the 72 feels like a space ship with all the electronics and integrated systems. I agree. The technology is unbelievable. If there’s a problem, he picks up the phone and deals with it. I don’t have to worry about a thing but he does keep me in the loop.”

Born2Run has spent time in the Dominican Republic and shorter trips to the Bahamas and the Florida Keys. But it is a regular on the central Gulf of Mexico billfish tournament circuit every summer with an impressive track record of success, including multiple wins and top finishes. At the 2018 Emerald Coast Blue Marlin Classic, the team won a record Gulf payout, $328,885, for releasing four blue marlin. The boat is nearly always in contention.

“Our number one goal is to have a lot of fun,” Foster adds. “We’re all on the same page and people who fish with us buy into that. There’s no yelling, everyone knows what to do. Myles and Tyler love to have fun, but they’re competitive and very serious about fishing.” 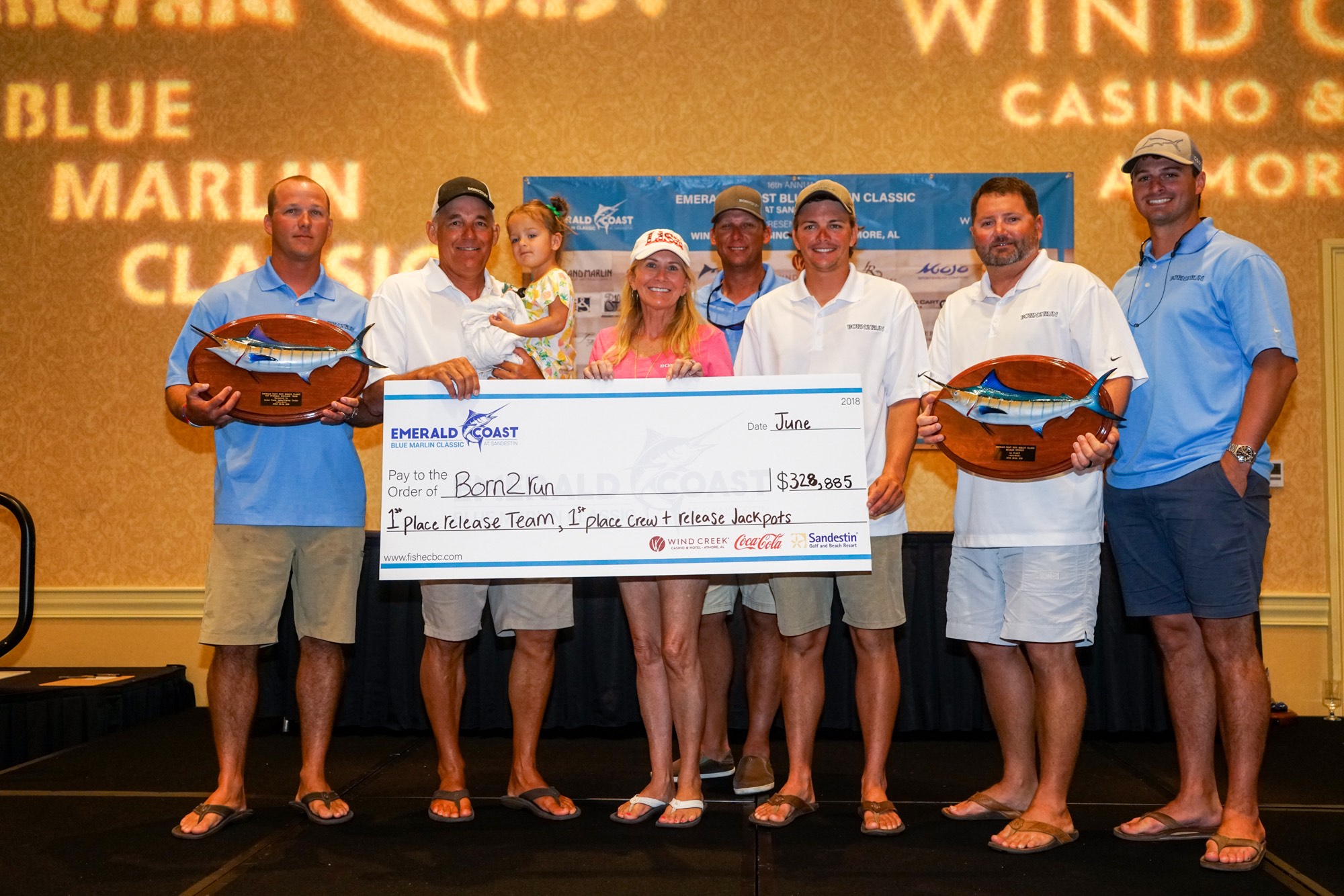 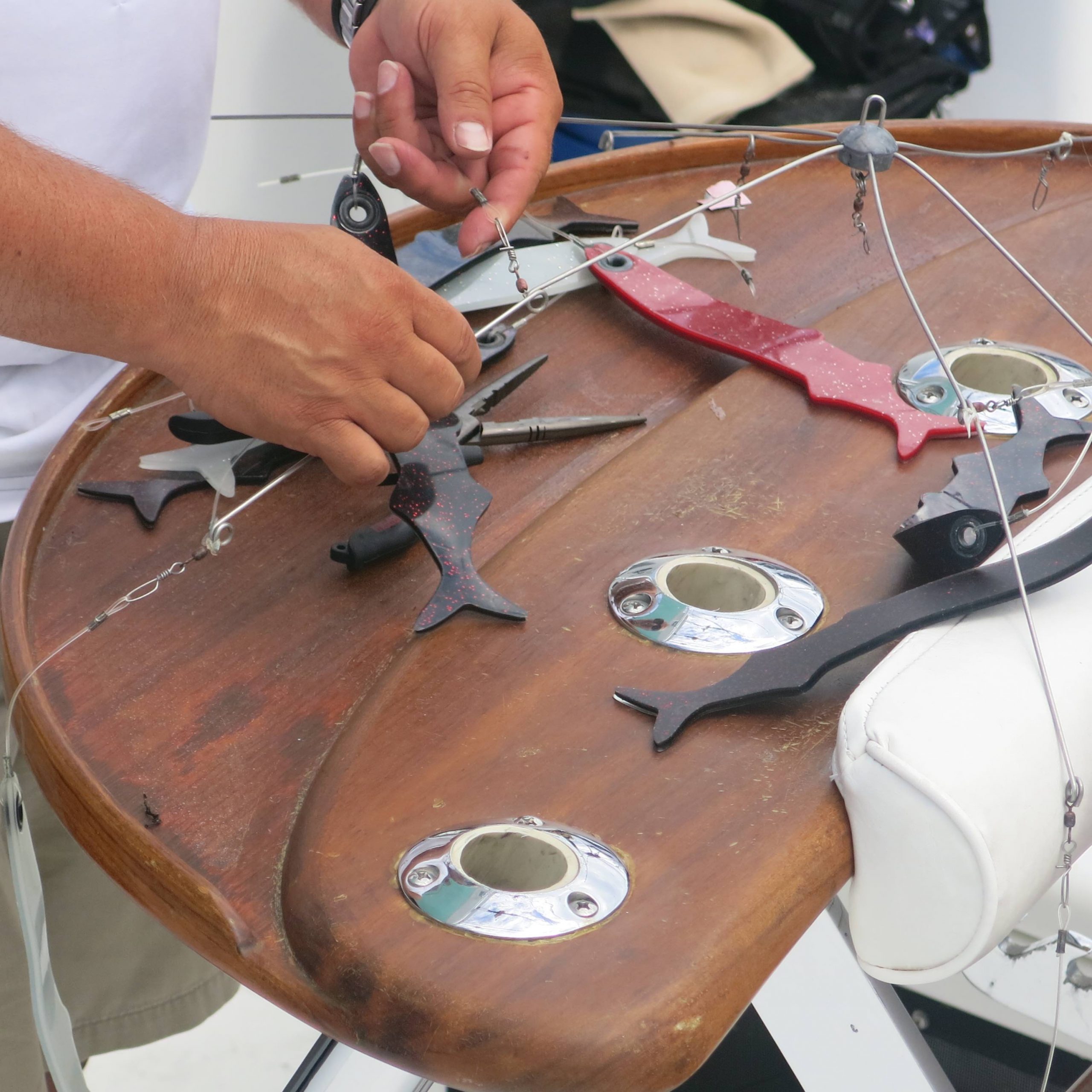 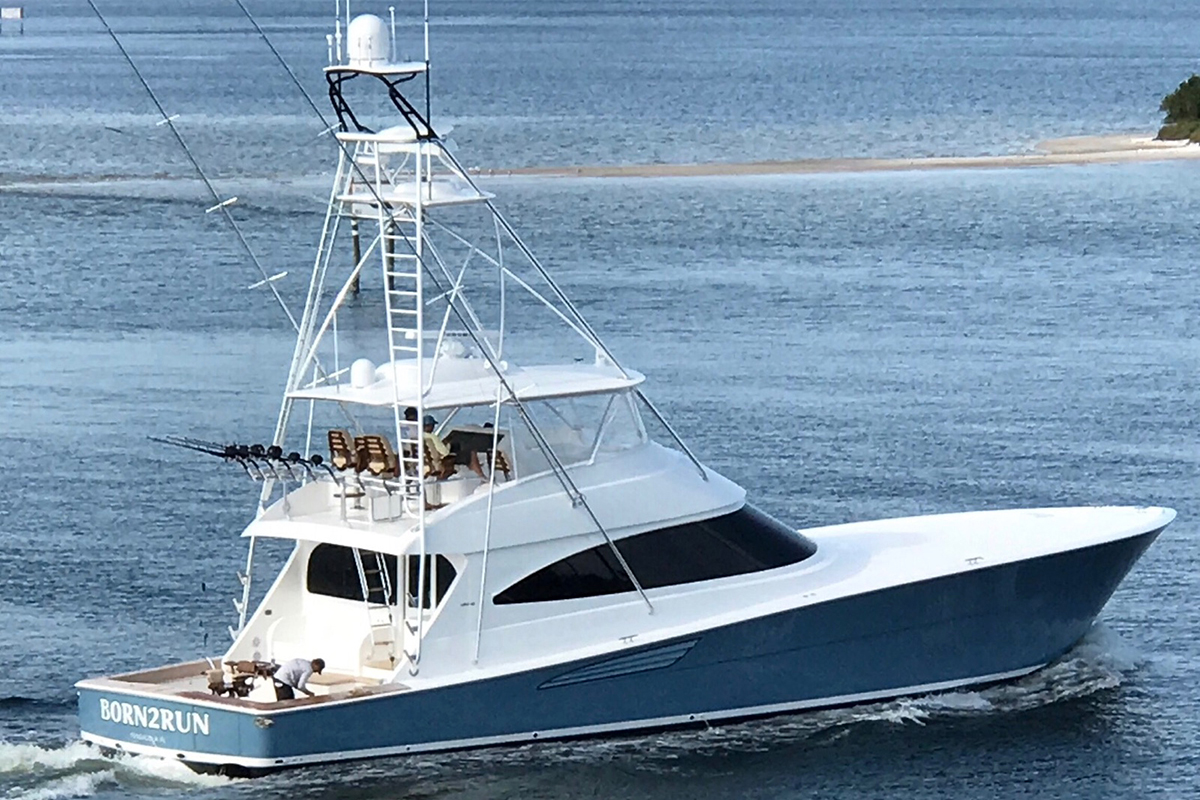 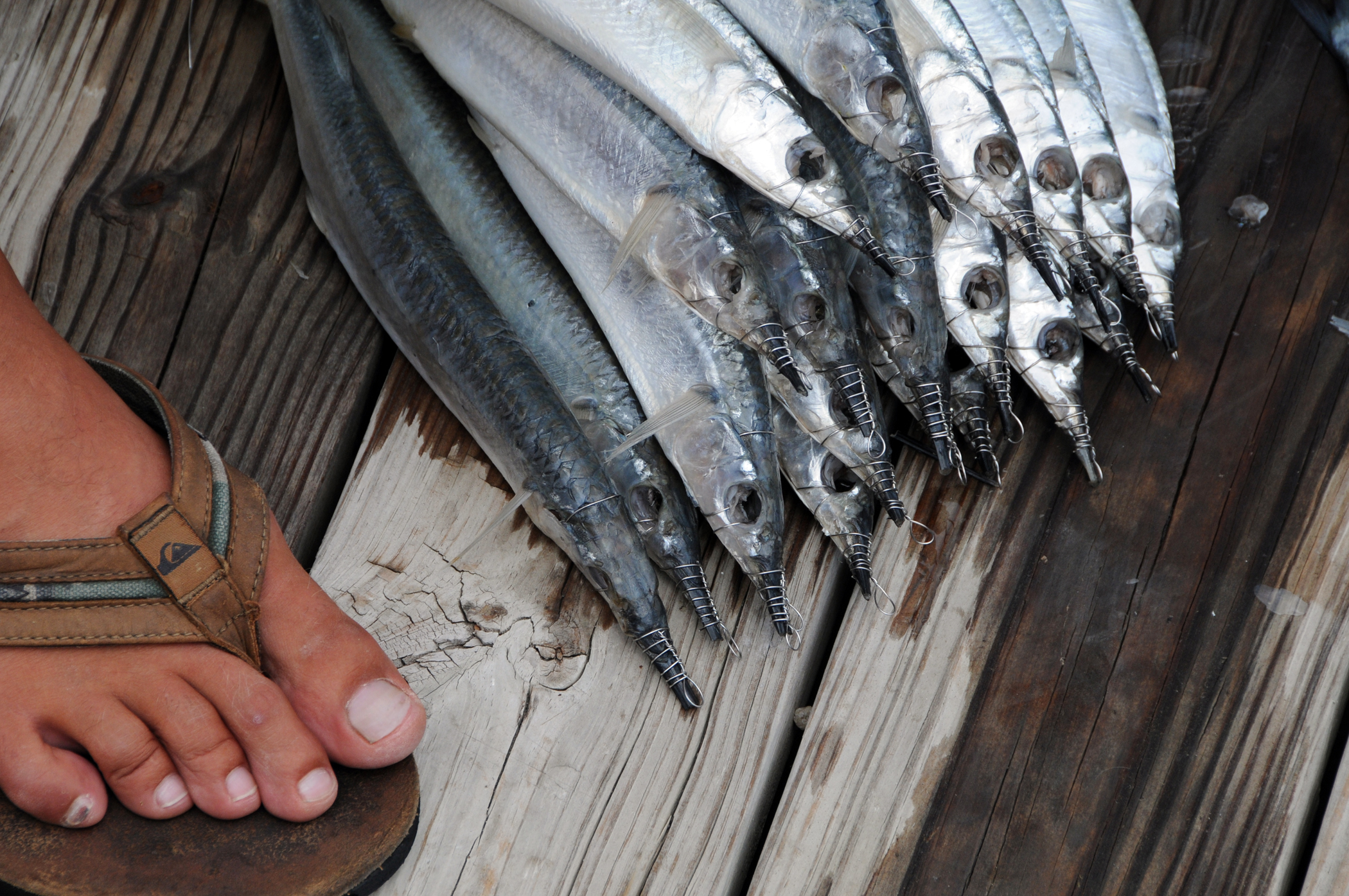 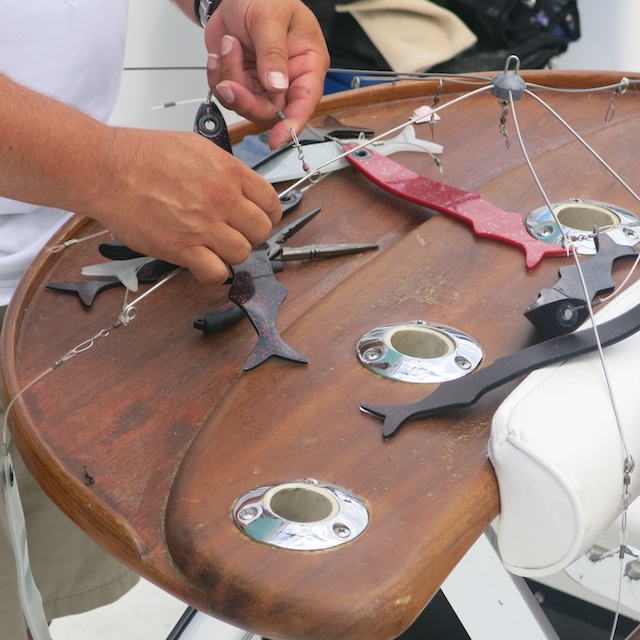 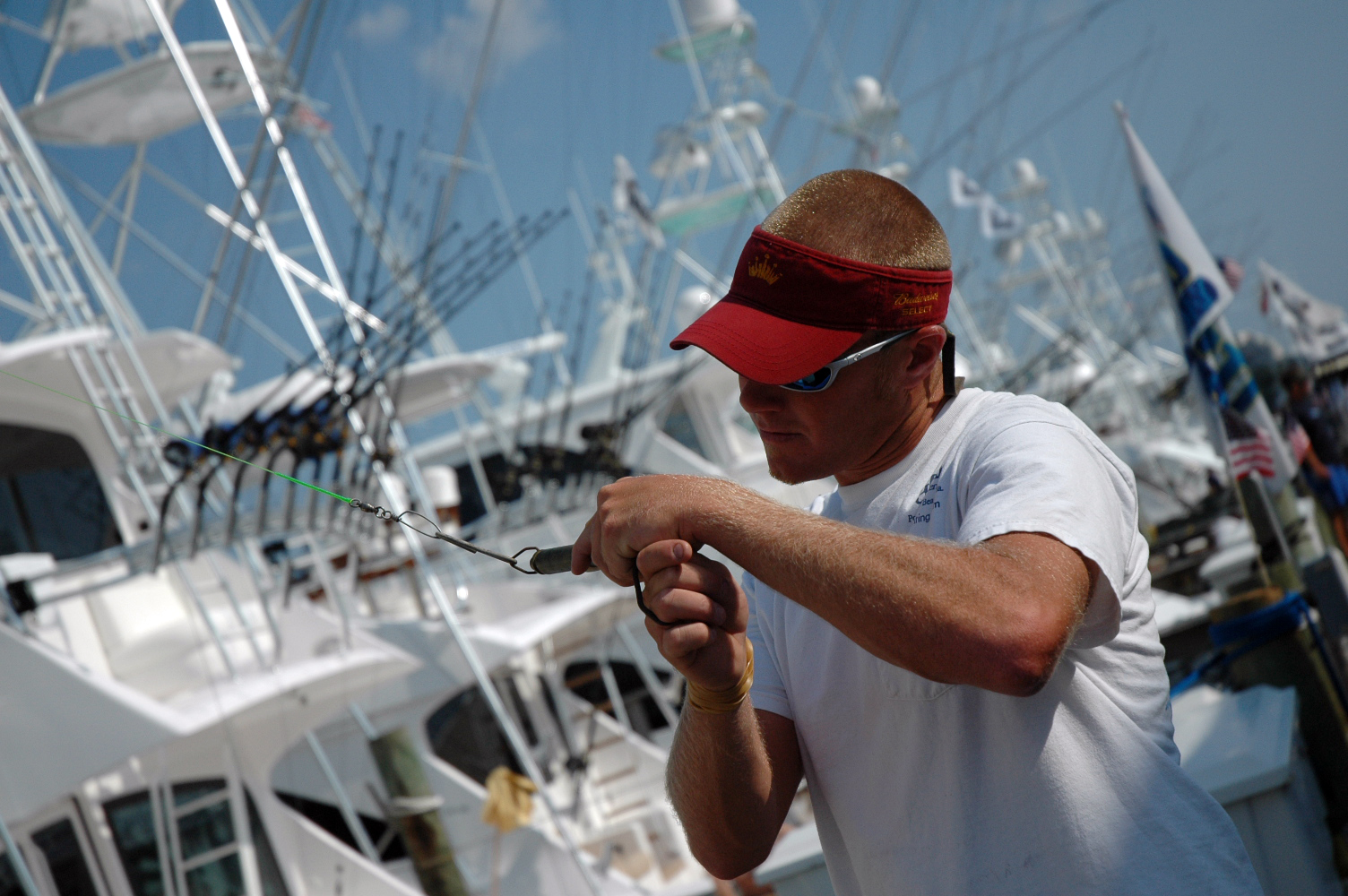