The tournaments have wrapped up, college football is underway and hunting season is on the cusp. But none of that means it’s finito offshore. Actually, the bite is sizzling right now and should stay hot for the next couple of months. Two veteran pros shared what they do to take advantage of the Gulf’s outstanding autumn season.

“My favorite time to fish is August through November,” says Capt. Nick Millsap, the skipper of Rascal, a Hatteras 65 GT based in Orange Beach. “We went nine for 14 on white marlin in the Pensacola White Marlin Open and seven for 15 in the Mobile Club Labor Day Tournament, plus two for four on blues. Five-fish days are pretty good for here in the autumn months.”

It’s not usual for packs of white marlin to show up in the spread, Millsap says. Blue marlin average 250 to 300 pounds, but larger ones can also pop up in shallower water this time of year. Rascal has done well at the Steps recently. The Nipple, Spur and 131 Hole are other autumn hot spots.

Due to the sizes of the intended targets, light tackle is the name of the game. Millsap likes to pull four 30-pound class outfits with 80-pound leader and 8/0 circle hooks. His typical spread includes double-tier dredges on each side, with squid chain teasers behind the dredges. Two rods are deployed from the outriggers, with two more on flat lines. Pitch bait outfits are at the ready whenever a fish does appear. Rigged ballyhoo are the typical offerings.

“There are a few sailfish around and some dolphin, too, plus the tuna bite is starting to pick up,” he adds. “The same for wahoo. We’ll sometimes pull a wahoo lure down the center for a bonus catch.”

Autumn is also a favorite time for Capt. Chase Lake, who runs Reel Fire, a 76 Viking based in Destin. He normally concentrates on water around the Elbow, Nipple and Steps, three well-known hot zones. Preferred depths range from 450 feet to 1,200, with 700 to 800 the average.

“There is a lot of bait and a lot of life this time of year on the edge,” Lake explains. “Balls of sardines and speedos are stacked up and the white marlin love to gorge on them. There’s also a good number of blue marlin and sailfish, so there’s always the shot at a possible slam [blue, white and sailfish caught in one day].”

Lake also uses light tackle during the fall months. His spread includes four trolled ballyhoo on 30-pound class outfits behind two dredges and two squid chain teasers with a trailing natural bait. Two pitch bait 30-class rods are rigged with small ballyhoo, while two 50 outfits are within reach with a horse ballyhoo and a Spanish mackerel.

“I prefer to run my ballyhoo naked if it’s calm,” he adds. “But if it’s windy, I’ll add a bubbler head to keep ‘em in the water. You’ve got to go as light as possible or you’ll never get whitey.”

Close proximity to the prime zones, plenty of action and light tackle sport—what’s not to like about the Gulf’s autumn blue-water action? So get off the couch and catch ‘em up. You can always record the game to watch later. 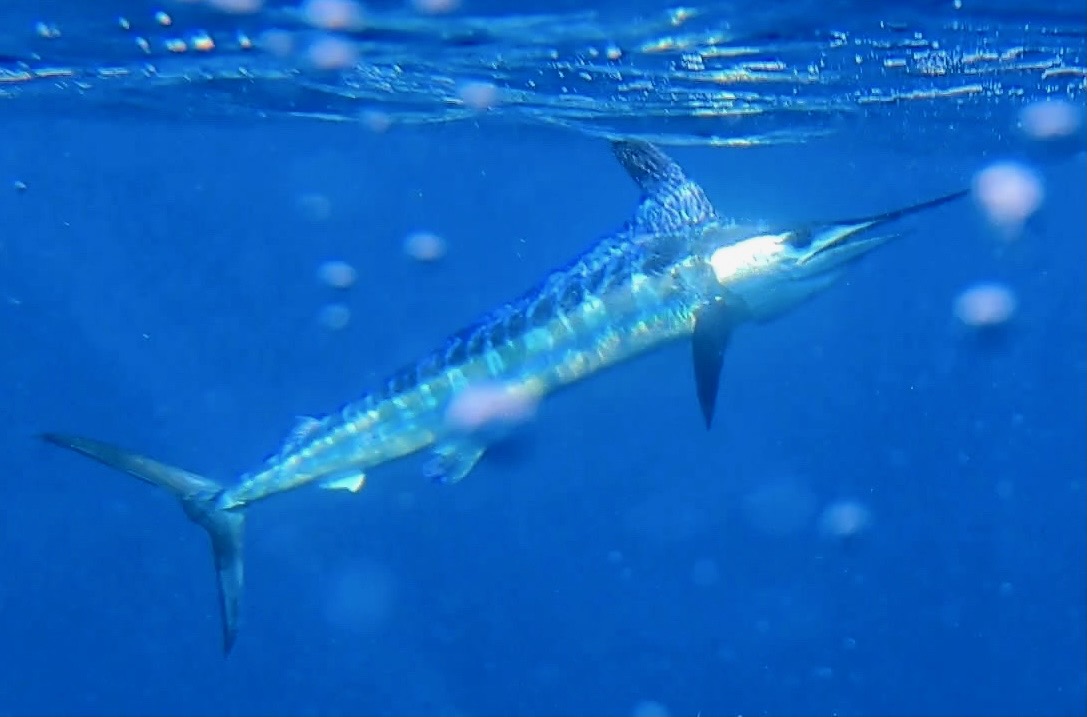 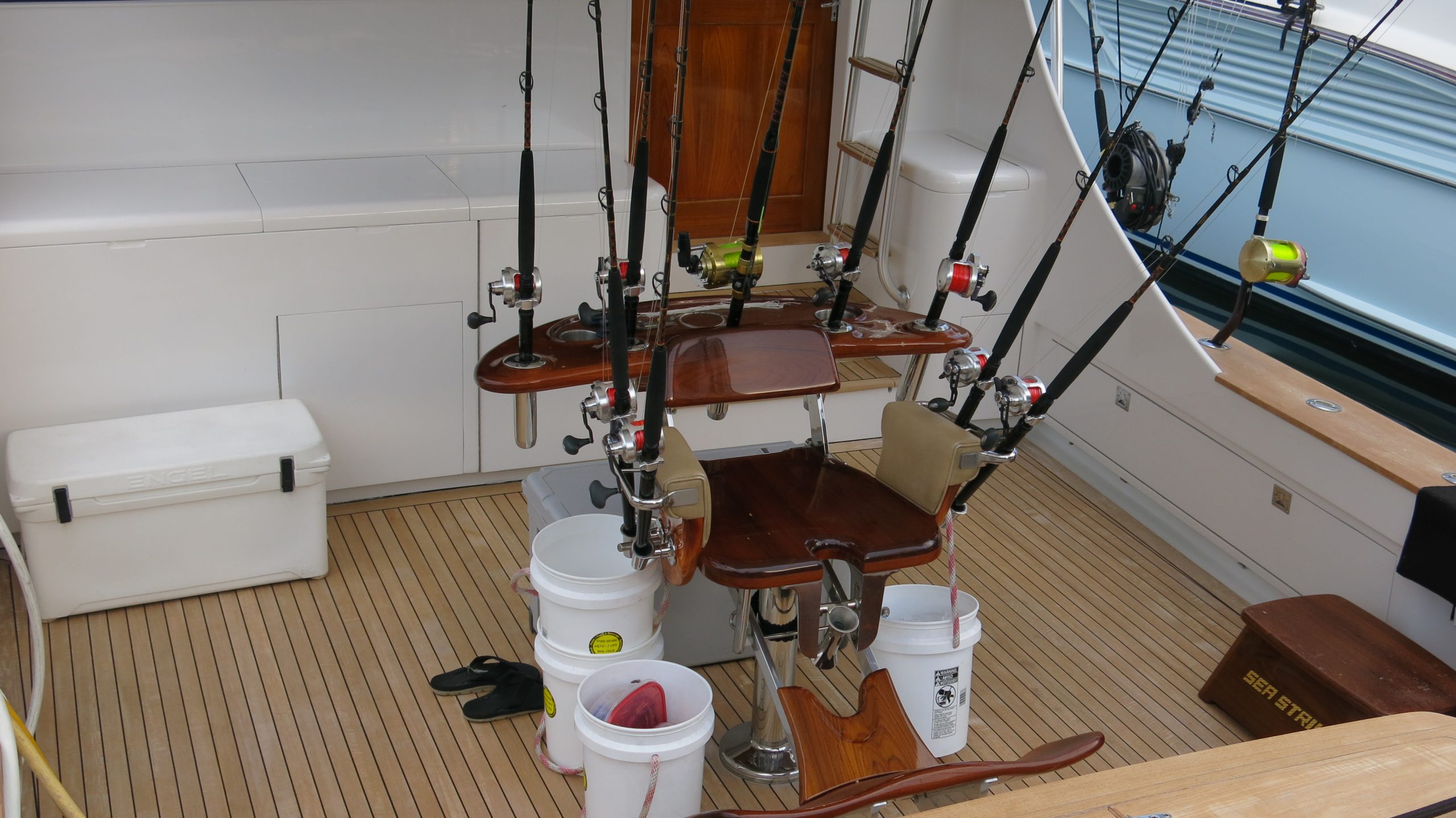 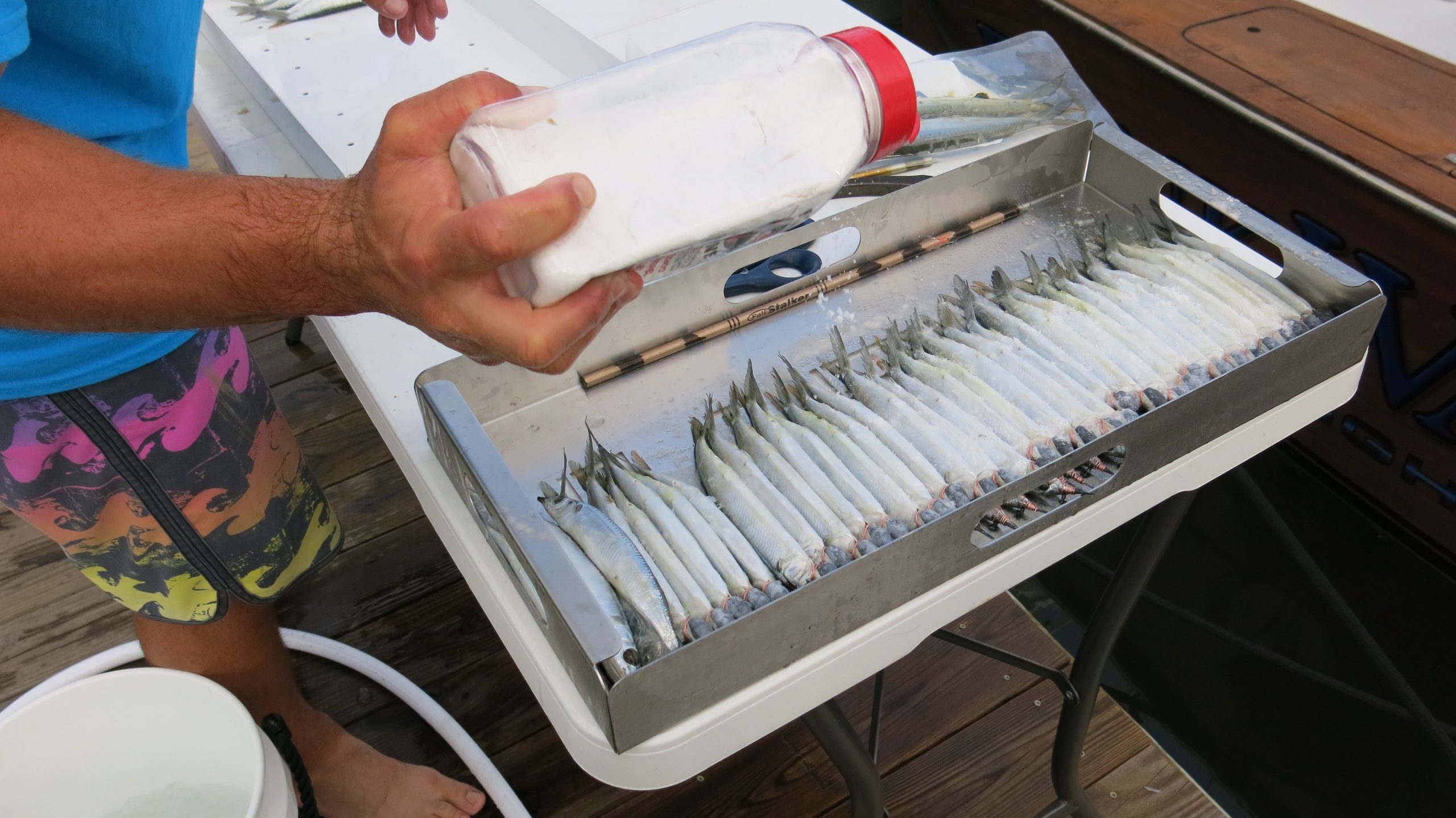 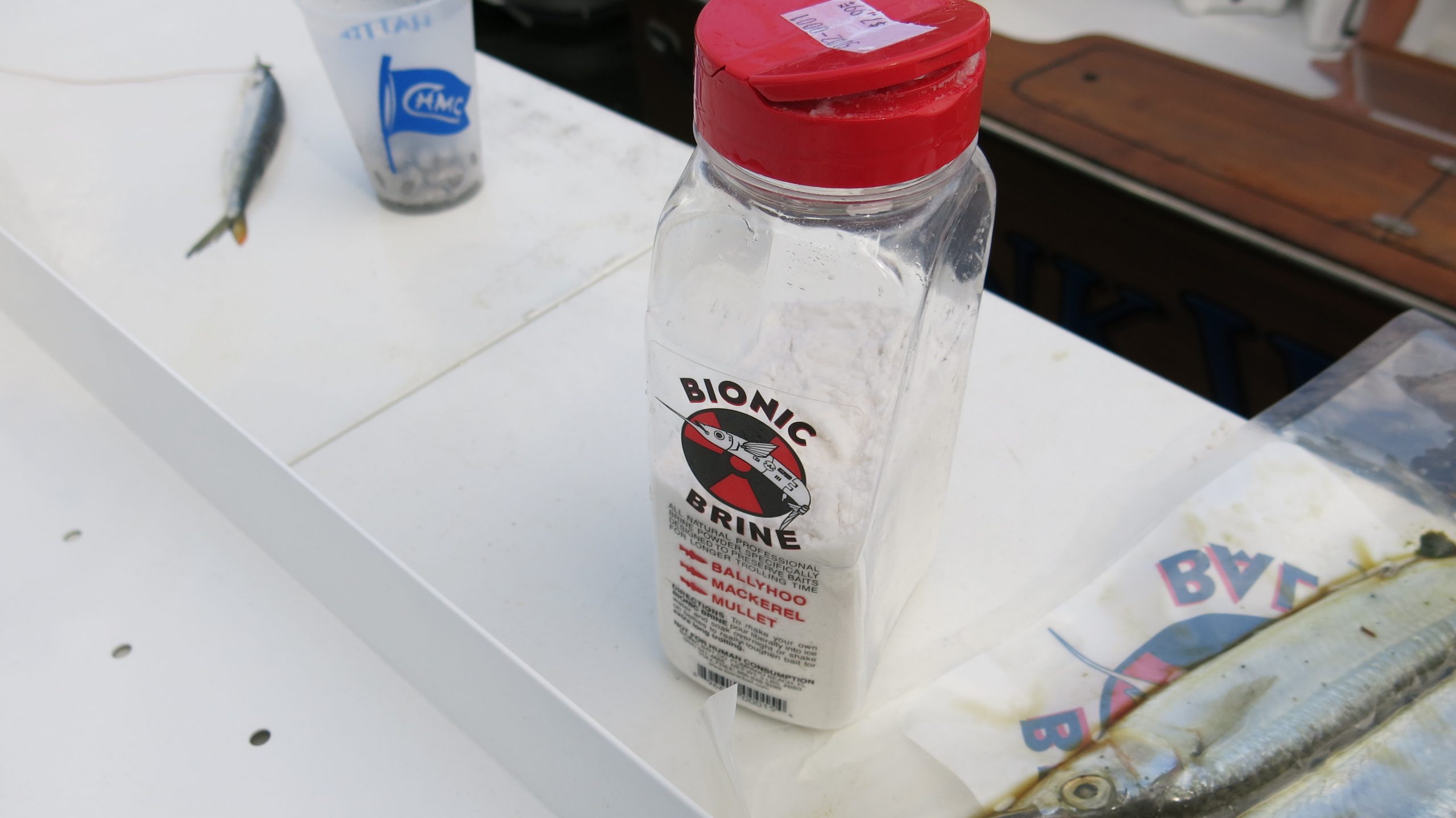 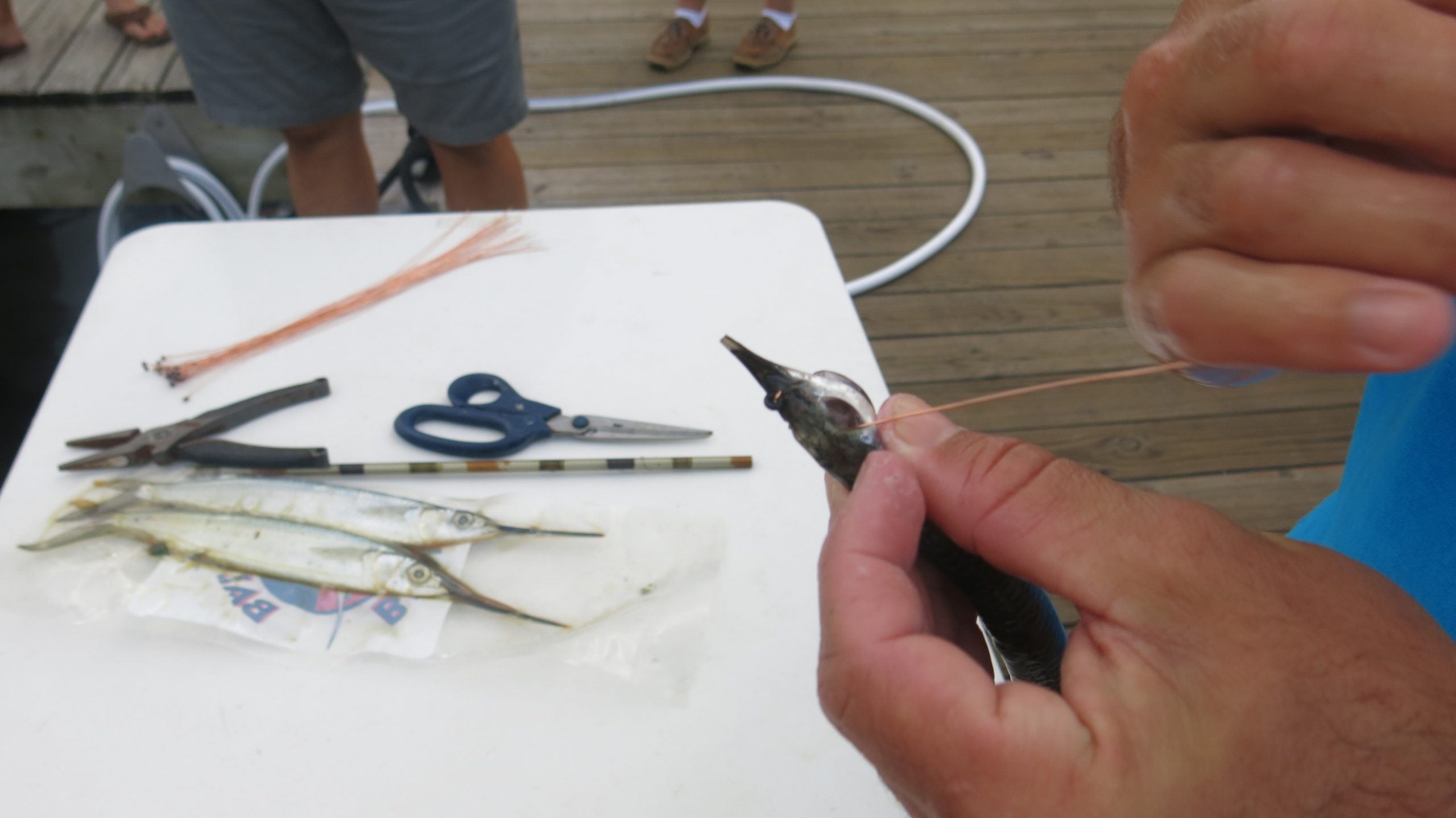 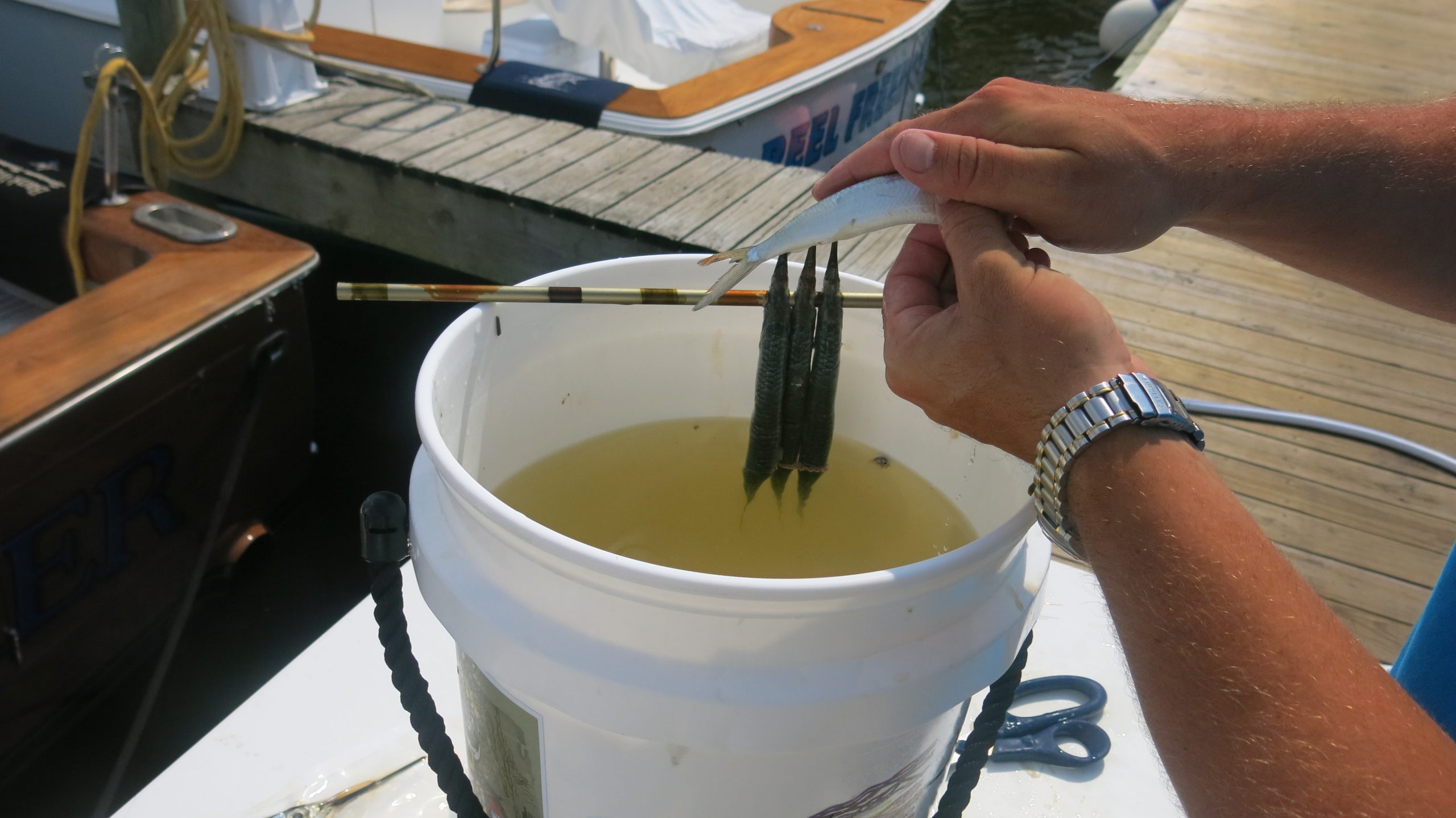 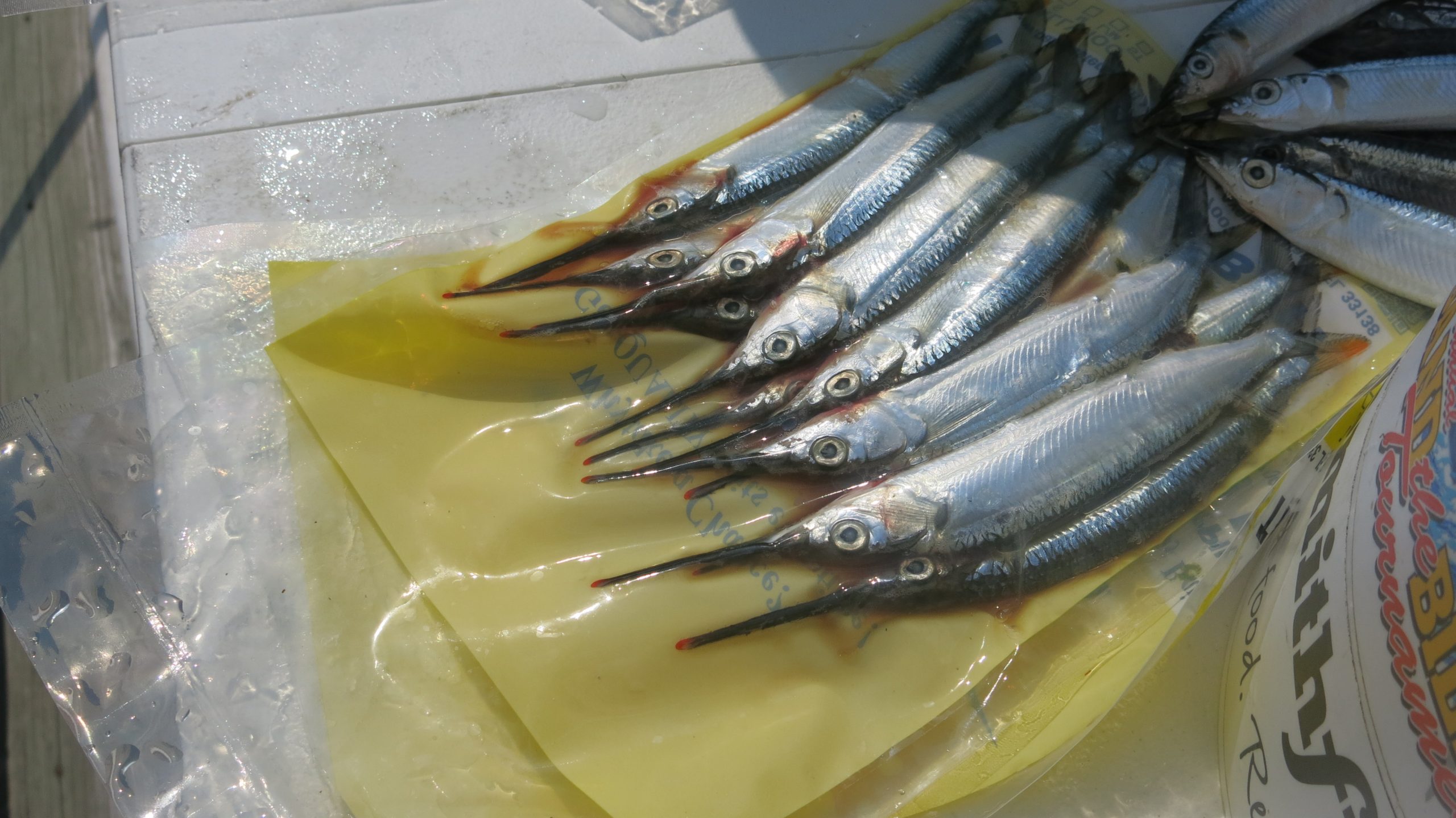 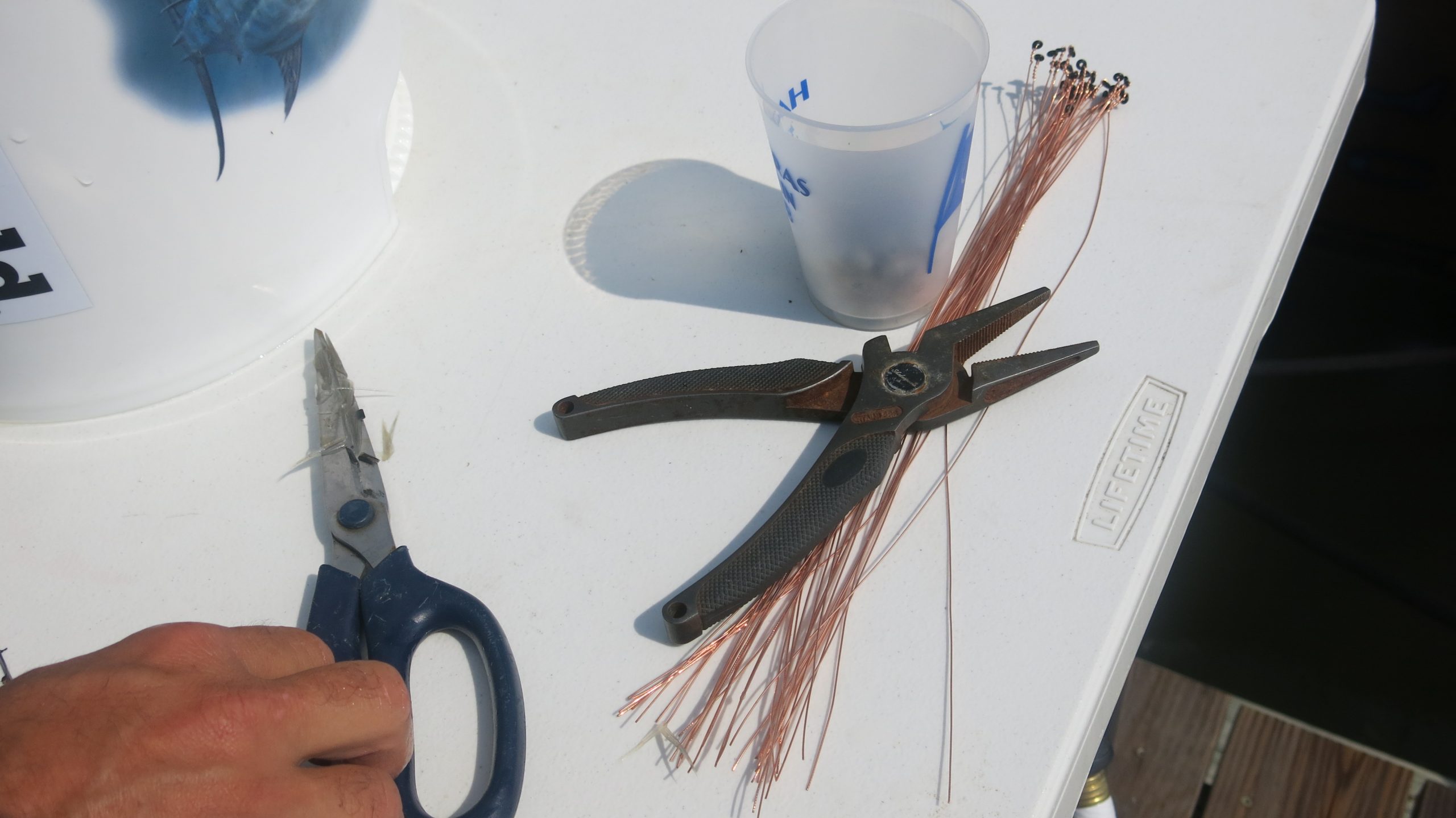