A frisky blackfin tuna or bonita is hard to turn down. Soaking live baits, especially around structure like the multiple oil and gas rigs in the central Gulf of Mexico, is the trendy way to catch tournament-winning blue marlin. Combined with side-scanning sonar, the method has proven quite successful in recent seasons. But it’s not the only avenue to the winner’s circle. Trolling has been around since the earliest days of the sport and it’s still very effective.

The all-time Gulf blue marlin record, 1,054.6 pounds, was caught by Barry Carr fishing aboard Sea Wolff in 2002 during the Mississippi Gulf Coast Billfish Classic. The offering? A trolled dead Spanish mackerel. In more recent years, other teams have also scored big by simply trolling. Relentless Pursuit, a 95 Jim Smith owned by Dennis Pasentine and run by Capt. Robbie Doggett, is a prime example.

“During the 2019 Orange Beach Billfish Classic we left the dock at noon and ran four hours to reach 130 miles offshore,” Doggett explained. “Within 45 minutes we were already hooked up by the time other boats got there. The fight lasted an hour and 45 minutes. We slowly eased back in and weighed the fish the next morning.” That winning 658.2-pound blue marlin was caught on a trolled ballyhoo skirted with a pink Islander lure.

“We call it Stinky Pinky once the ballyhoo is added,” Doggett says with a laugh. “We strictly troll to cover more water and have an arsenal of 60 lures in various shades of blue, silver, purple, green and yellow. We run two rods each off the outriggers and two flat lines. We don’t have the patience to live bait, but we’ve been pretty successful with our style of fishing.” Relentless Pursuit is a repeat Gulf Coast Triple Crown Champion (2015 and 2019).

Lolita, a 68 Hatteras based in Destin, splits time between trolling and live baiting. Capt. Jeremy Cox is on the flying bridge while his brother JD mans the cockpit.

“Live baiting is king, but trolling adds more variety, especially for mixed bag fishing,” the skipper explains. “I let JD pick out the lures; we have an assortment of Moldcraft Senior Wide Range, Black Bart Breakfast and the other usual standards. We like to run light-colored lures early and then switch to darker patterns in the middle of the day.” Lolita uses 80 class outfits for trolling duty.

Cox prepares for a tournament by gathering local reports and checking forecasting services for altimetry, temperature and color changes. Underway, he concentrates on bait pods, bottom structure or weed lines on top to determine a trolling pattern. The FADs (fish-aggregating devices) deployed off the Emerald Coast are also fertile spots.

There is no question live baiting for blue marlin is both popular and effective. But don’t discount trolling, either. That hunk of plastic or nylon skirt and dead bait combo can cover miles of water and is quite capable of producing the winning fish, too. 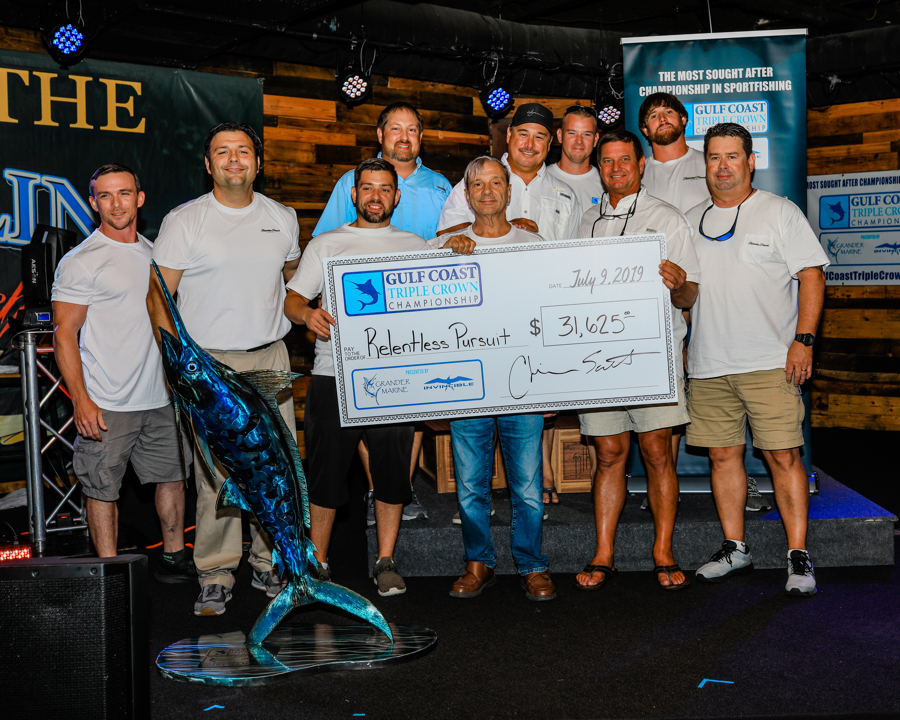 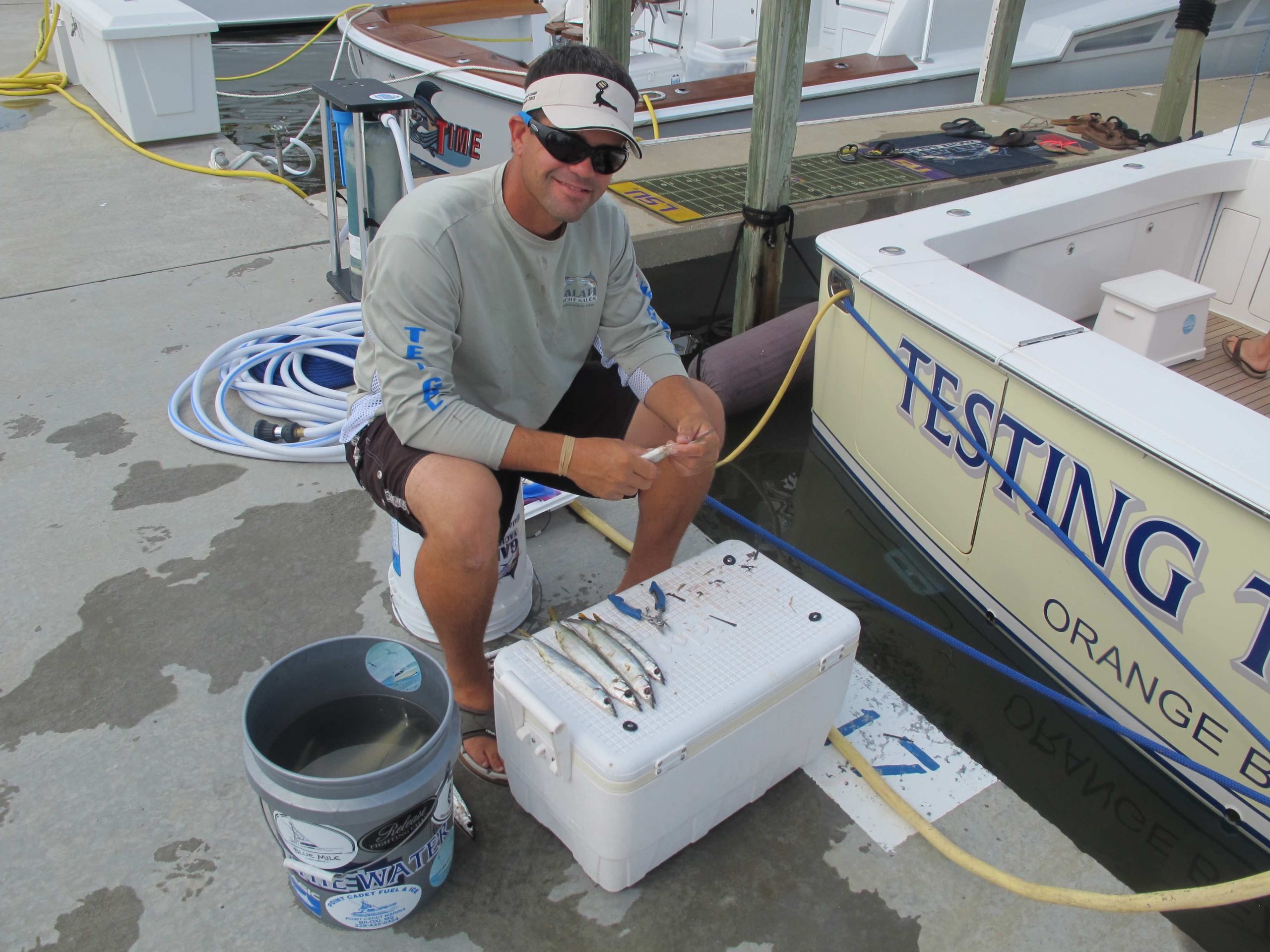 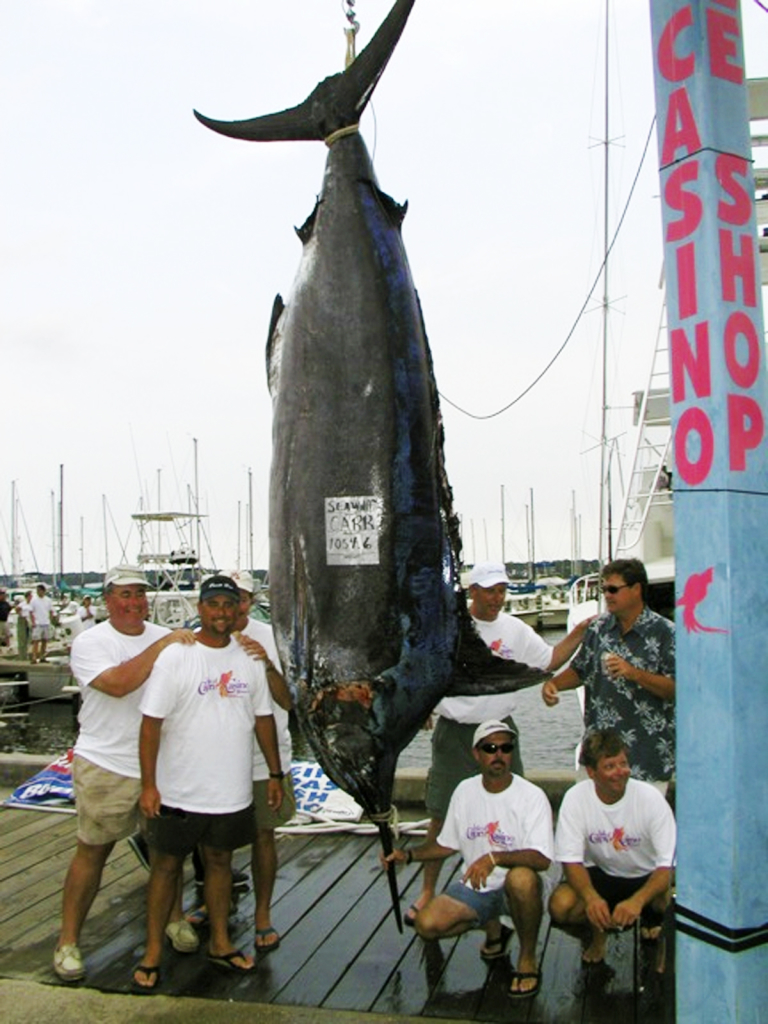