There’s always an underlying game when it comes to big-game tournament competition. Finding The fish, a true contender, is very similar to putting a complex puzzle together. In the Gulf of Mexico’s vast expanse certain pieces must be identified and fit together in order to attract the bait, and ultimately the game fish. The final piece is solved when that gaff sinks home and the prize is hefted into the cockpit.

“The big story is how close the Loop Current is this season compared to previous years,” Hilton says. “Right now it’s about 40 miles from Destin, well inside the FADs (series of fish-aggravating devices). On the warm side the water temperatures are 79 degrees and on the cooler side just a little above 73. That big break and the backwater currents coming off it will concentrate white marlin, blue marlin, everything.” 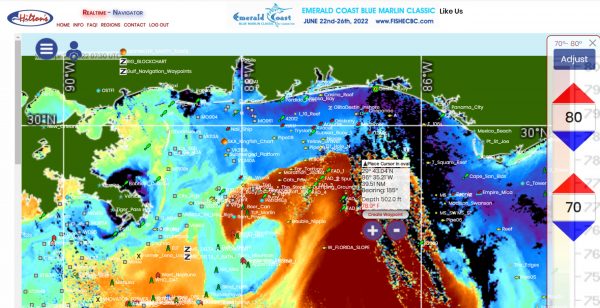 The Loop Current is a major oceanic clockwise flow into the Gulf. The associated back-flows bring warmer water closer inshore. The Loop Current spans the northern Gulf from Louisiana to Panama City, approximately in a north, east and then southerly direction. That close proximity is why the big-game action is so consistently good in the region.

“The Loop is an upwelling, which is a growing and feeding environment for the food chain. But for every action there is a reaction,” Hilton adds. “Down currents are nutrient-poor and should be avoided. Right now everything is looking very good out there and can only get better as the water continues to warm. But the only thing that remains the same is change. An early storm can throw everything out of whack.”

For first-time or novice users of a forecasting service, Hilton recommends paying close attention to surface water temperatures and also look at satellite snapshots to detect breaks, eddies and edge features like sargassum weed-lines that will concentrate bait. Current patterns are based on computer models, with movement the most important factor. Hilton says ideally some movement is good, but too much is detrimental.

Hilton also says altimetry forecasts or colorized depictions of eddies are not as effective for those boats live-baiting around the numerous rigs, spars and drill ships in the central Gulf. Live-baiting using sophisticated sonar has become a very popular tactic in recent years.

“The assumption is bait is free-flowing in the open ocean,” Hilton says. “But around structure like the man-made energy assets, the bait stays close and so do the predators.”

Familiarity with the forecasting features and repeatability are more ways users can up their game, Hilton says. When a fish is caught, the crew can compare real-time conditions with the site’s archives. That helps improve confidence and refine the search parameters. Icons can be created on daily or all charts for future reference. Each are small bits of the puzzle and the big picture is finally complete when that final piece is snapped into place. Or hoisted up the weigh scales. 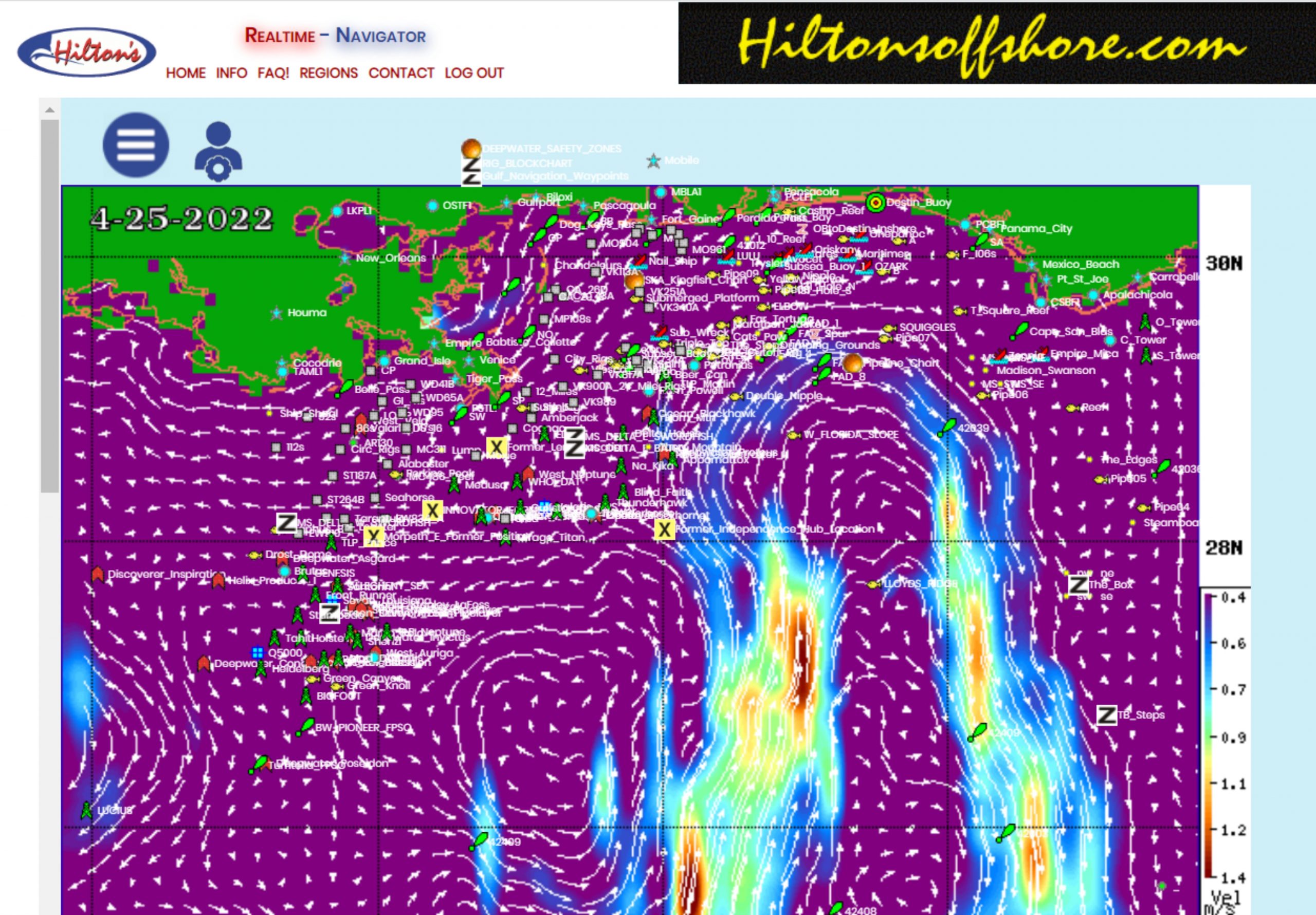 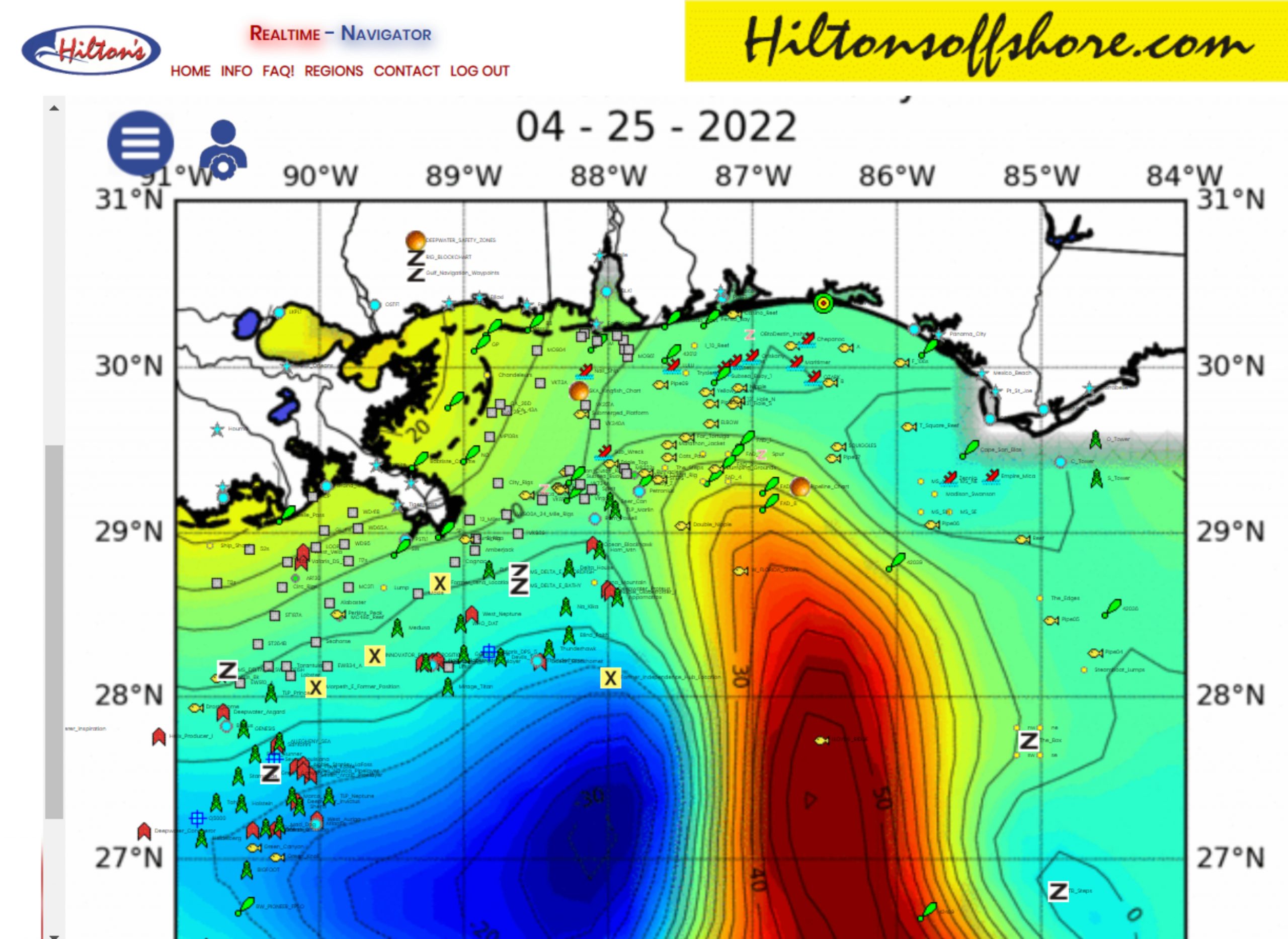 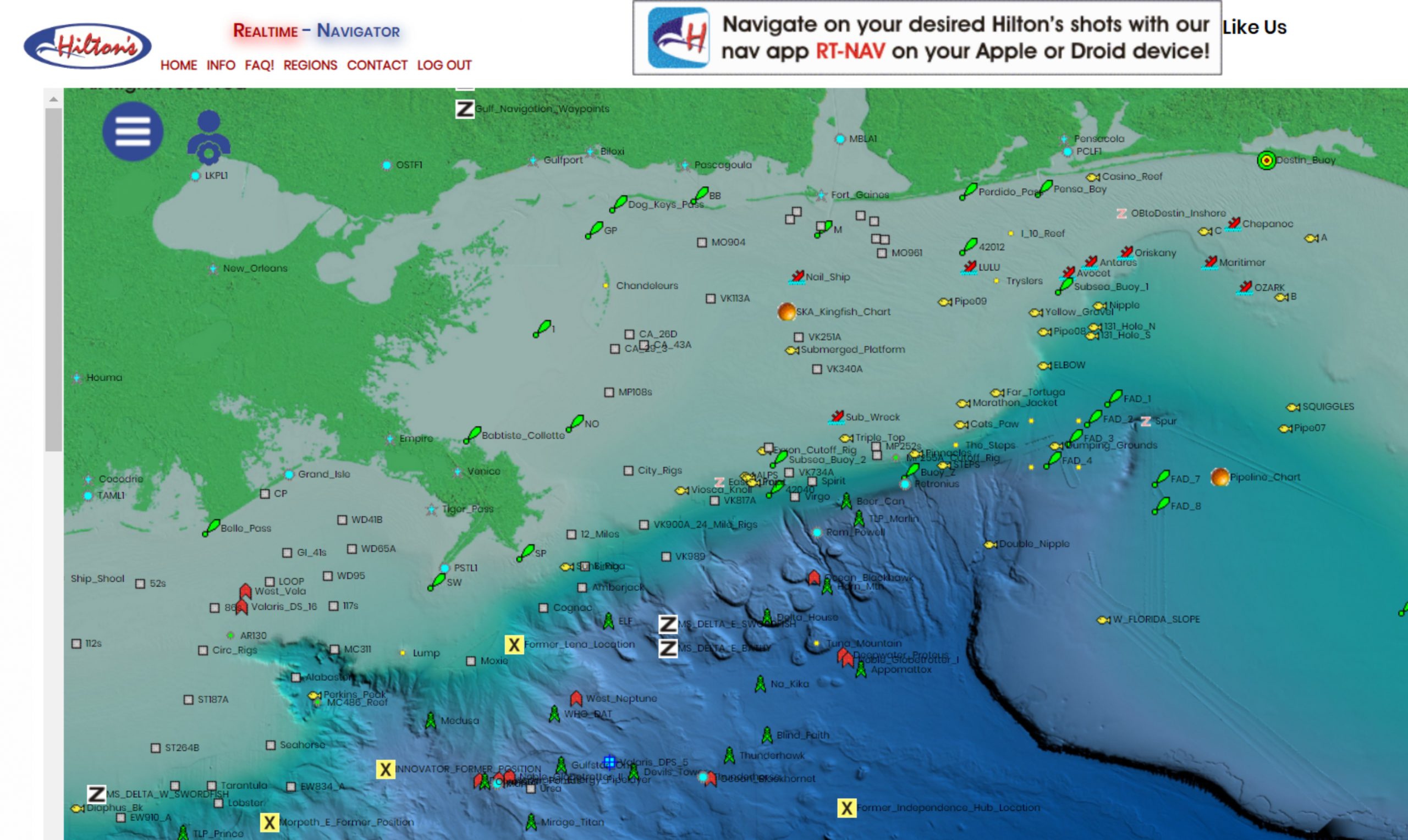 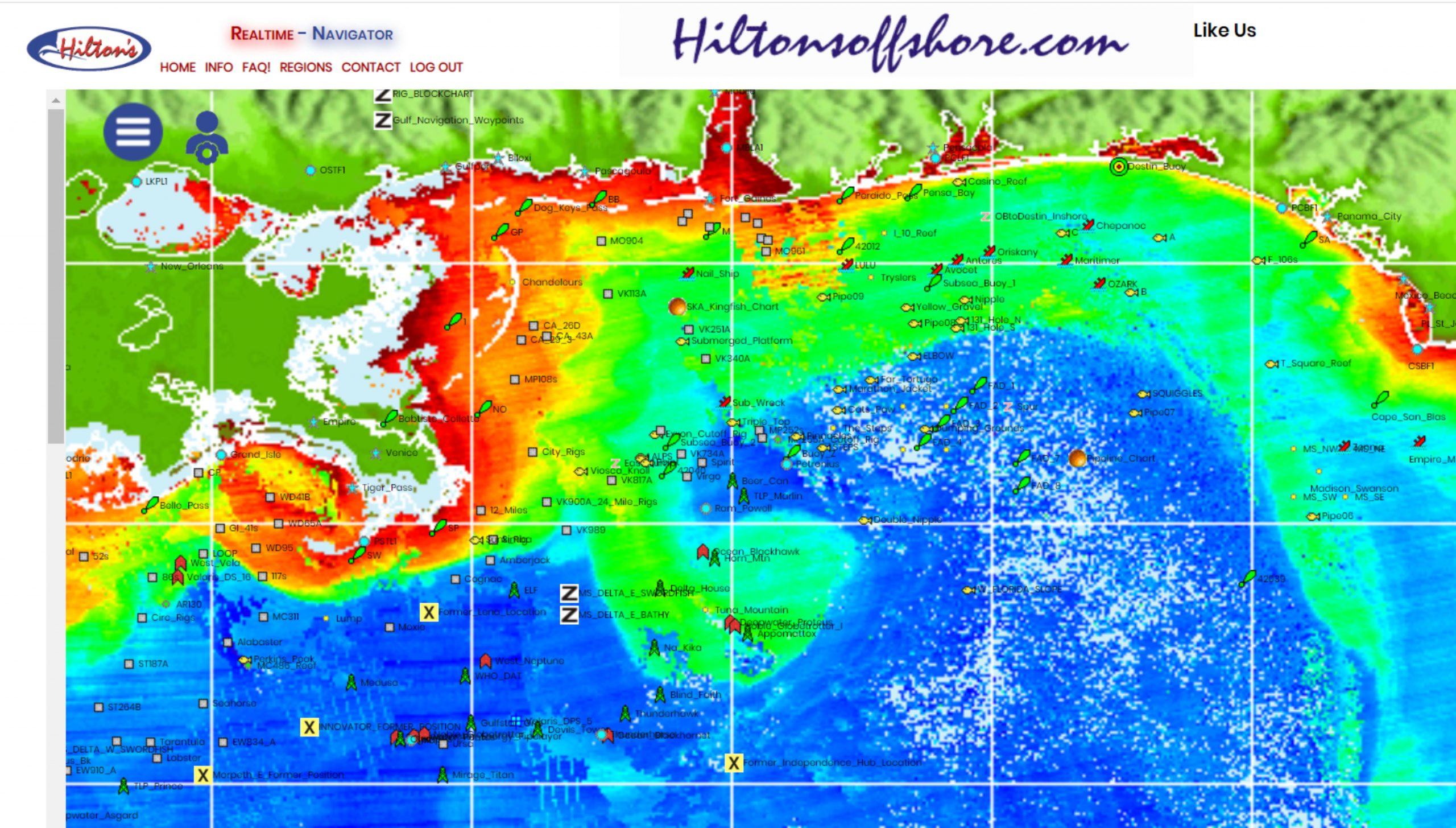